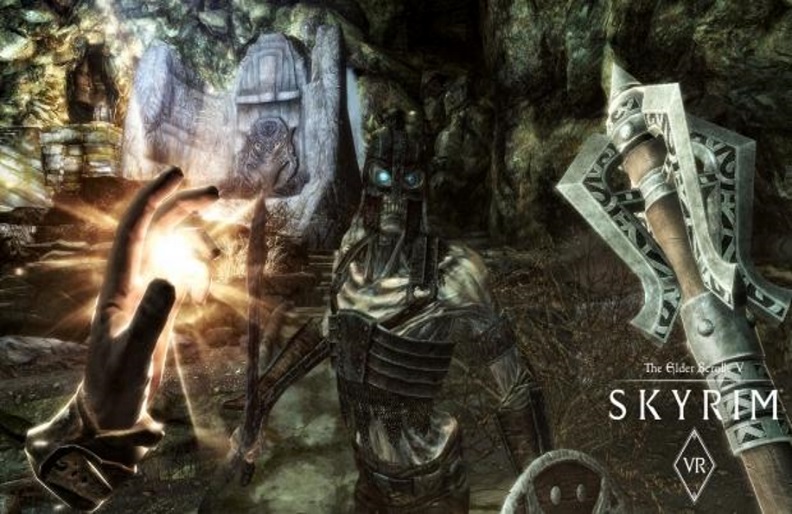 In a move that shouldn’t surprise anyone, Bethesda Softworks today announced Skyrim will soon be playable on an HTC Vive headset.

“Last November, Bethesda Game Studios took their epic fantasy masterpiece to the exciting new frontier of virtual reality with the release of The Elder Scrolls V: Skyrim VR on PlayStation VR. Now, Skyrim VR comes to a new platform – PC using SteamVR – on April 3,” the dev wrote on a Bethesda.net blog post. Naturally Skryim VR is priced as a full AAA game at $59.99 (how many times has Skyrim been re-released since 2012? We’ve lost count now…)

That Skyrim VR even came to PSVR in the first place pretty much told everyone it’ll come to at least the Vive, and probably not the Rift considering the company’s stance on the headset. Bethesda’s re-release approach with Skyrim: Special Edition and the new Creation Club mod storefront see the devs branching out even more, and it shouldn’t be surprising that their VR ports will come to more than a single platform.

As someone who owns an HTC Vive (and is eyeing the new Vive Pro with fascination) I can say that VR is an absolute blast especially in a more social setting. I typically don’t play long-winded games like Skyrim on the headset because A) they don’t really exist and B) I enjoy chaotic, kinetic, and weird/fun experiences with friends, but it’d be quite interesting to try it out.

That price though…and let’s hope Bethesda has worked out any potential kinks. After a bit the headset kind of messes with your eyes and I could see gamers playing Skyrim VR for 1-2 hours or more at a time.