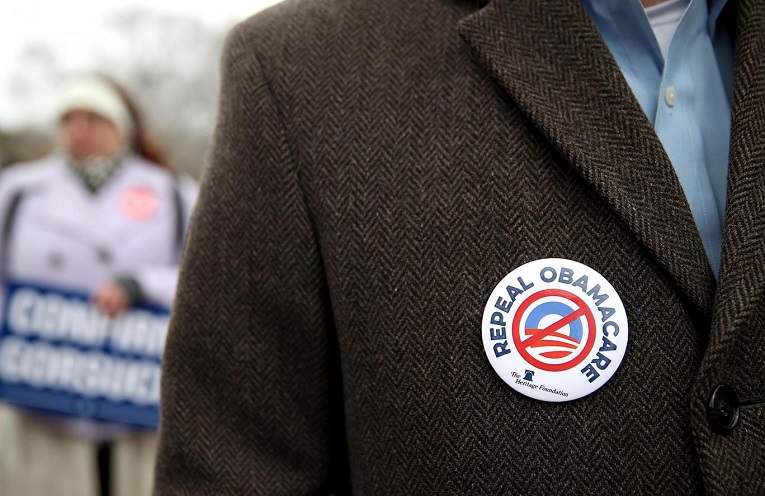 US citizens with the most serious forms of cancer could have to pay up to 35 times more for health insurance under a proposed amendment to Donald Trump’s new healthcare bill, analysts have claimed.

Fierce debate over what the bill will mean for people with ‘pre-existing conditions’ has threatened to derail a fresh bid to push the reforms through after they collapsed in March.

The President has tried to make clear that provisions for people with illnesses such as cancer and diabetes will not be reduced, saying earlier this week the new healthcare plan “will be every bit as good on pre-existing conditions as Obamacare”.

House Speaker Paul Ryan said the latest changes to the bill will “lower premiums while keeping protections for the most vulnerable in place” with a modest pool of money to help people afford health insurance.

Wavering moderate Republicans had worried that the legislation to overhaul President Barack Obama’s 2010 signature healthcare law would leave too many people with pre-existing medical conditions unable to afford coverage.

But estimates of how much healthcare premiums could rise under the new legislation, revamped to attract most hard-line conservatives and some Republican centrists, show people could end up paying much more under so-called ‘Trumpcare’.

A 40-year-old with a severe form of cancer such as lung or brain cancer could be liable for a $71,880 surcharge, while those with metastatic cancer could see a rise of $140,510, according to calculations by liberal think tank Center for American Progress.

People with colorectal, kidney and other cancers, and those with breast cancer under 50, may have to pay a surcharge of $28,230, and a middle-aged person with autism could have to pay $5,420 for coverage.

And a completed pregnancy, with no or minor complications, would result in a premium hike of $17,060 – a 425% increase.

The organisation said proposals allowing individual states to protect high-risk patients through funding pools or risk-sharing programmes were liable to fail as they have a history of failure and are “woefully underfunded”.

“The return of discrimination based on medical history could increase insurance costs by tens of thousands of dollars… rendering it unaffordable for millions of Americans with pre-existing conditions,” it said.

“We estimated what surcharges would be for various medical conditions in the absence of community rating. We drew upon data that the Centers for Medicare and Medicaid Services, or CMS, uses to calculate transfers between insurers based on enrollees’ expected costs—this is called the risk adjustment program.

Under the amendment, states could allow health insurers to charge people with pre-existing conditions higher premiums – rather than the current provisions which mean sick and healthy people are charged the same rates – if those jurisdictions have an alternative way to provide or subsidise coverage for people with serious illnesses.

In a tweet, Mr Trump said the “revised healthcare plan will have much lower premiums & deductibles while at the same time taking care of pre-existing conditions!”

But the American Medical Association said in a letter to the House last week opposing the bill that even protections in the MacArthur Amendment “may be illusory” and the American Cancer Society Cancer Action Network expressed concern that the plan could return the US to a “patchwork system” that drives up insurance costs for the sick.

House leaders plan a vote on Thursday on the legislation, with house majority leader Kevin McCarthy predicting: “We will pass this bill”.

The bitter health care battle dominated the Capitol even as Congress prepared to give final approval to a bipartisan measure financing federal agencies through September.

Polls have shown Mr Obama’s much-maligned law has gained in popularity as the debate over a replacement has accelerated.

“House Republicans are going to tattoo this moral monstrosity to their foreheads and the American people will hold them accountable,” said house minority Leader Nancy Pelosi.

The bill would eliminate tax penalties in Mr Obama’s law which hit people who do not buy coverage and erases tax increases in the Affordable Care Act on higher-earning people and the health industry.

According to the Center for American Progress estimates, 40-year-olds with uncomplicated diabetes would have to pay $5,600 more for insurance.