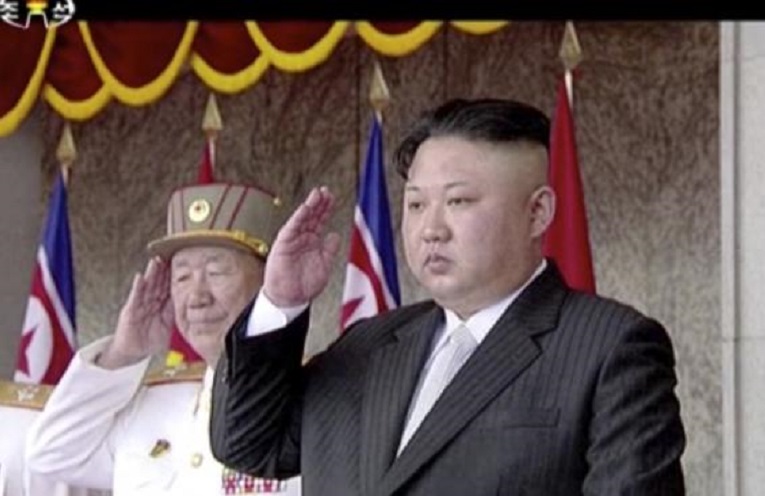 AFP reports North Korea on Friday accused the CIA of plotting with South Korea to assassinate leader Kim Jong-Un, amid soaring tensions in the flashpoint region.

For the CIA “assassination by use of biochemical substances including radioactive substance and nano poisonous substance is the best method that does not require access to the target, their lethal results will appear after six or twelve months,” the Ministry said in a statement carried by state media.

The accusation comes as Pyongyang issues increasingly belligerent rhetoric in a tense stand off with the administration of US President Donald Trump over its rogue weapons programme.

The war of words between the West and the reclusive regime has spiked in recent weeks, and Pyongyang has threatened to carry out a sixth nuclear test that would further inflame tensions.

The CIA and Seoul’s Intelligence Services (IS) have “ideologically corrupted and bribed a DPRK citizen surnamed Kim” to carry out the attack on Jong-Un, the statement said.

“We will ferret out and mercilessly destroy to the last one the terrorists of the US CIA and the puppet IS of South Korea,” the statement said, adding that the plot was tantamount to “the declaration of a war”.

“The heinous crime, which was recently uncovered and smashed in the DPRK, is a kind of terrorism against not only the DPRK but the justice and conscience of humankind and an act of mangling the future of humankind.”

The statement did not give any information on how the plot was foiled or what happened to the alleged spy.

North Korea maintains extensive surveillance operations over its own population, and open dissent against the regime is considered extremely difficult

Kim Jong-Un inspected a military unit that was responsible for bombarding a southern island, state media said Friday ahead of a presidential election in the South.

Pyongyang fired a barrage of 170 artillery shells onto Yeonpyeong island in November 2010, killing four people including two civilians in the first North Korean attack on a civilian area since the 1950-53 Korean War.

Tensions have soared on the Korean peninsula in recent weeks amid a string of missile launches by Pyongyang and speculation that the regime was preparing to conduct a sixth nuclear test, with Washington warning that military action was an “option on the table” to confront its nuclear and missile programs.

The North’s Korean Central News Agency (KCNA) said Kim visited military detachments on Jangjae and Mu islets and was briefed on the “recent movements of the enemy”.

Kim looked at Yeonpyeong from an observation post and “examined the plan for fire strike of the newly organised forces at the objects of the enemy”, KCNA said.

The Mu islet unit was responsible for the bombardment of Yeonpyeong, which KCNA quoted Kim as calling “the most delightful battle”.

The North’s artillery should “should keep highly alert to break the backbone of the enemy once ordered”, he added.

KCNA did not give an exact date for his visit.

The North regularly issues threats of military action without following through on them.

But it carried out a controversial supposed satellite launch — which Seoul and Washington say was a covert test of a long-range missile — just a week before the last presidential election in 2012.

The two neighbours are technically still at war, as the Korean War ended with an armistice that was never ratified by a formal peace treaty, and the border remains one of the most militarised places in the world.