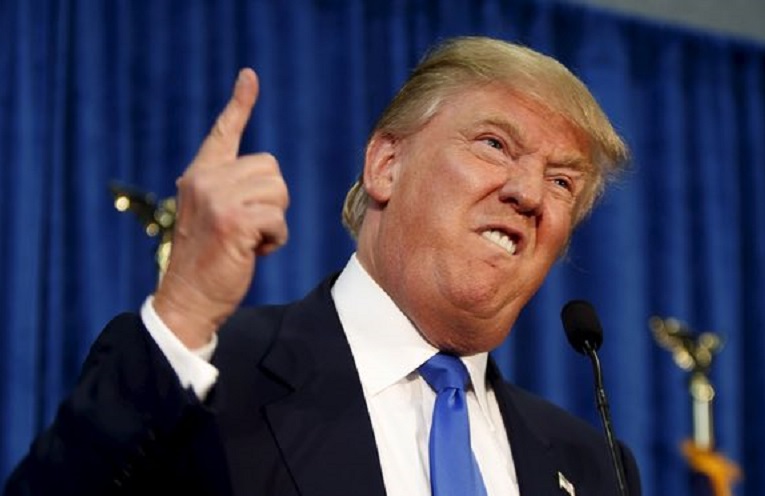 Everyone’s theories are wrong: through cunning and selective use of statistics, I can prove that my pet whinge is the reason for Trump’s election win

The unexpected US election result has left people grappling with some difficult questions. Questions like, “if we’re so good at being pundits then why were we all wrong?” and, “how do I draft an executive order without cocking it up?” One question stands above all others though: “Why did millions of people who nearly always vote Republican continue to vote for a Republican candidate, even after lots of Democrats and centrists told them not to?”

To find out, we have to use the key tool of analysis available to political science in the Internet era: the think piece. Think pieces are the social media equivalent of an immune response, an innate and primitive defense system in which endless varieties of the same basic cell swarm over a topic until it’s entirely obscured by a cloud of literary pus.

Reviewing the hundreds published so far, a common theme begins to emerge. Media people believe that the media is uniquely responsible for Trump’s rise. They alone were in control of his destiny. Well not them, so much as their colleagues; but it’s a media problem, and it’s up to the media to fix it. Like they fixed Nixon.

Data science enthusiasts believe that data scientists were responsible for Trump, or maybe it’s news algorithms or fake news. Economists think that economic trends were to blame. Social justice activists assure us that it was definitely not the economy but racism, while social scientists assure us that it’s the result of growing divides between rural and urban identities exacerbated by key demographic changes.

Have you guessed what the common theme is yet? That’s right, they’re all wrong.

The problem can be illustrated by looking at a simple graph, which breaks down all of Trump’s voters by the thing that caused them to vote for him. If I rearrange the different segments, you’ll notice that the last group, a demographic that correlates neatly to my big idea, is at the end. 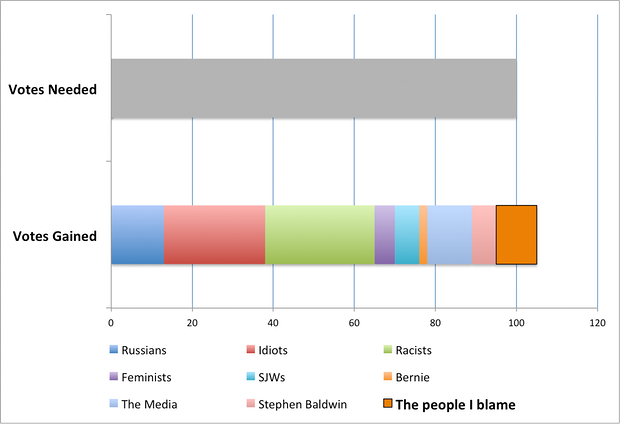 If you add all the other groups together – people tricked by the media, people offended by social justice warriors, people who are racist and so on, they still don’t add up to enough votes. It’s only when you add the votes attributable to my cause to the end of the bar that Trump gets over the line. That’s how I know that I’m right.

If you’re still not satisfied, the following graph shows how the thing I’m interested in has changed over time, versus the number of times that Donald Trump has become president. As you can see, they’ve both increased over the same period. This is what statisticians call a correlation, which as every pub bore knows is the gold standard for proving that A causes B. It’s how we know that pirates caused global warming, and it predicts Trump’s second, third and fourth terms, and the future terms of his freaky clone babies. 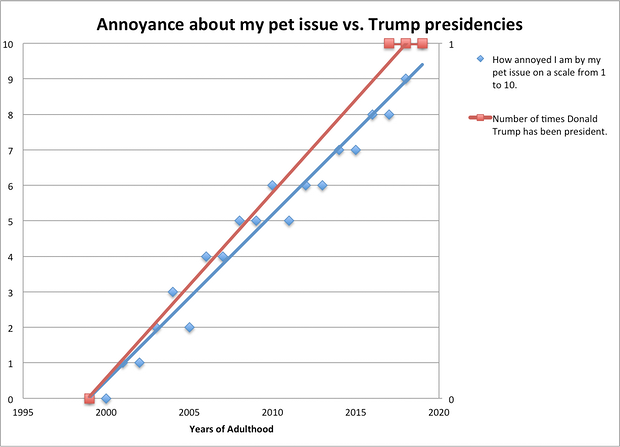 Of course there are people who will disagree with me. Some might suggest that I’m biased in assuming that the thing I drone about on Facebook all day is important enough to have swung the presidential election. But then if it weren’t important, why would I care about it so much? They’re welcome to their alternative facts, but you can’t fake numbers. You can only manipulate them and use them in selective and arbitrary ways.

Others like to talk about a plurality of causes. This doesn’t work for a whole bunch of reasons. Firstly, it makes for a really dull and unwieldy headline. “Trump won because of a confluence of mutually reinforcing causes including but not limited to economic circumstances, changes in rural versus urban identity in key states, racial tensions, the rise of a ‘left-behind’ demographic, misogyny and soda-fascism” will not fit into the headline field of The Guardian’s content management system. And if it did, you wouldn’t click on it.

Second, it makes my head hurt. It is taking all of my mental bandwidth just keeping up with Trump’s Twitter feed. We don’t want complex answers here; we need simple, satisfying explanations that can be dealt with through a quick Change.org petition. Overcomplicating things when we’re at the start of a four-year-long migraine is just mean.

So what needs to happen now is this: we need to ignore all other factors and focus in an utterly single-minded manner on the thing one thing that I care about for the next four years. If that means I have to spend the next four years in a bloody fight to the death with other liberals to prove that I’m right then so be it. Reductive infighting is the only way we stand a chance of winning in 2020.