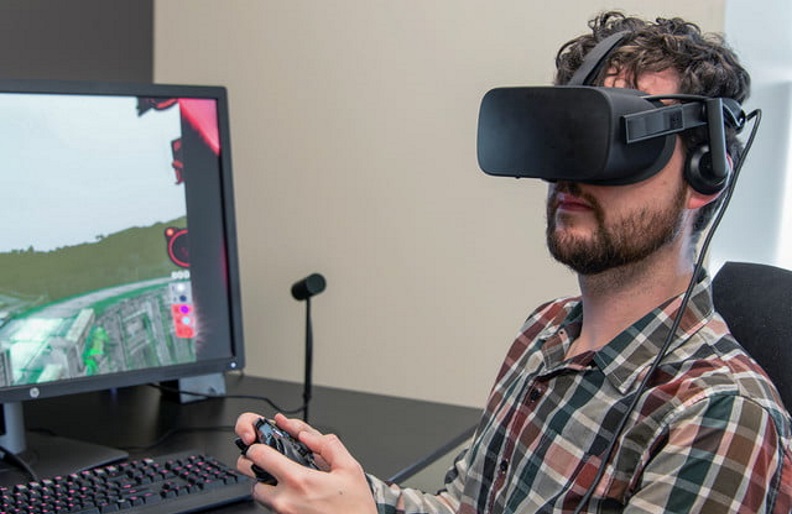 Over a year and a half since the release of the Oculus Rift CV1, the consumer version headset, it has finally dropped to its initially projected retail price. Already heavily discounted from its launch price of $600 without Touch controllers, the Oculus Rift is now available as part of Black Friday, with a price tag of just $350 with controllers, sensors and everything you need to try out high-end virtual reality.

Considering the developer kit headsets from Oculus cost a few hundred dollars a piece, fans were excited when Oculus VR founder Palmer Luckey told them in 2015 that the consumer Rift would be in a similar “ballpark” of around $350. That turned out to be far from the truth, but here we are during a Black Friday sale not long after its release.

It’s also the cheapest the Rift has ever sold for, especially since this bundle includes the Oculus Rift headset itself, a pair of Touch motion controllers and an additional sensor for better tracking. While we might argue that the HTC Vive is the more capable virtual reality headset, the Rift is a very comparable package and at $350 all-in, it’s the cheapest complete, high-end VR system available today.

If you have a little extra cash handy, it might be worth purchasing a third sensor, as they aren’t too expensive now either and having three improves the size and accuracy of your tracking area, making more room-scale experiences possible. You will want to make sure that your PC can meet the minimum specifications before buying though. You don’t need too high-end of a system, but VR is quite intensive, so make sure your PC measures up.

Unsure whether the available games and experiences are worth splashing out on a VR headset? These are the best Oculus Rift games you can play today, with a mix of everything from rollercoasters, to shooters, to horror experiences.

Black Friday is great for all sorts of deals this year.

This article was originally published by DIGITAL TRENDS.