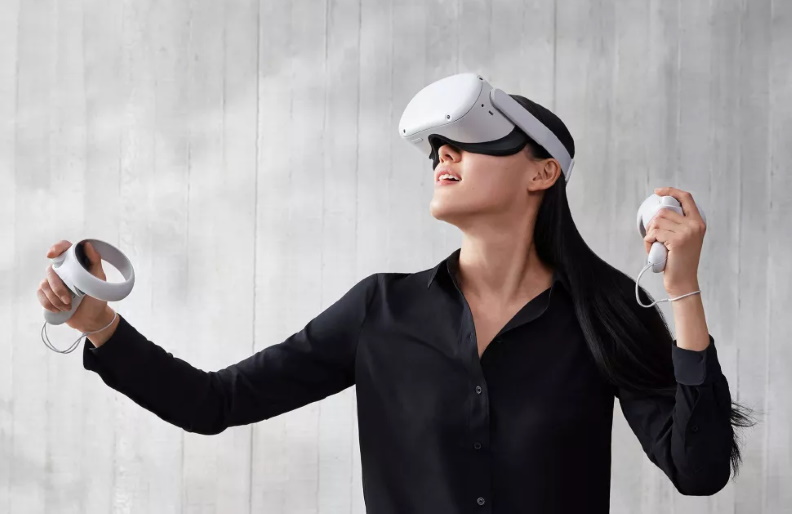 Anyone rocking an Oculus Quest or Oculus Quest 2 virtual reality headset is about to enjoy a brand new update (opens in new tab), v39, with some very cool features. They include multitasking and the ability to share links between headsets and iOS devices.

Facebook parent company Meta has just announced that the v39 update will be arriving “gradually over the coming weeks”. However, it will be coming to all users, meaning they can experience multitasking without having to delve into the Experimental Features menu.

Multitasking launched last year in the v30 update, giving users the ability to open multiple windows and apps. It was disabled by default, and users were required to opt in to use the feature. The feature lets users launch an app from the Quest taskbar and then move it to a vacant window alongside the Quest’s browser.

Now it’s coming to everyone, and with a few “bits of polish around the edges.” You’ll also be able to choose which particular window you want to restore from the Universal Menu, assuming the app supports having multiple windows open at once. Meta is also making it easier to swap between apps and return to whichever one was open previously.

The iOS “share to headset” feature is going to function exactly the same way as it does on Android — which launched back in January as part of v37. The idea is that any made-for-VR content on your phone can be sent to your headset easily and quickly.

First, you have to make sure your Quest headset is switched on, with Bluetooth enabled. From your phone find the right website, click Share > Oculus App > Open Now, and select your headset. The link will open automatically when you put the headset on.

You may also notice that the Meta Quest browser has a new logo. Not that it should affect your virtual browsing experience in any meaningful way.

The v39 update is rolling out now, but it may be some time before it hits your specific headset. If you can’t be patient you can always head into the Experimental Features menu to opt in for the previous version. Go to Settings > Experimental and enable the feature.

This article was originally published on Tom’s Guide