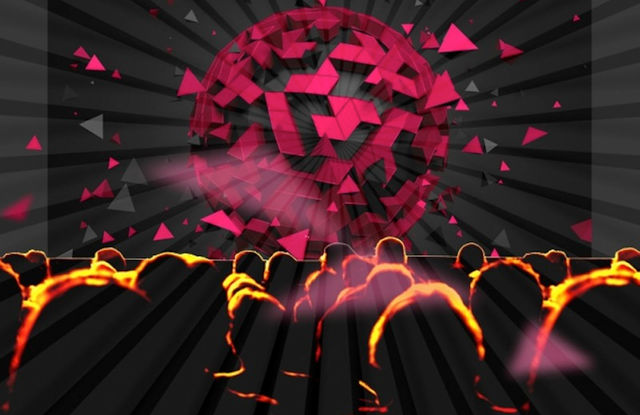 Someday, moviegoers may be able to watch 3D films from any seat in a theater without having to wear 3D glasses, thanks to a new kind of movie screen.

The new technology, named Cinema 3D, overcomes some of the barriers to implementing glasses-free 3D viewing on a larger scale, but it’s not commercially viable yet, the researchers said when describing their findings.

Although 3D movies can offer unique perspectives and experiences, one major drawback is the cumbersome eyewear that moviegoers typically have to wear. Although glasses-free 3D strategies already exist, these technologies currently cannot be scaled up to movie theaters. [10 Technologies That Will Transform Your Life]

For example, glasses-free 3D methods for TV sets often use a series of slits known as a parallax barrier that is placed in front of the screen. These slits allow each eye to see a different set of pixels, creating the illusion of depth.

However, for parallax barriers to work, they must be placed at a set distance from viewers. This makes parallax barriers difficult to implement in larger spaces such as theaters, where people can sit at a variety of distances and angles from the screen.

In addition, glasses-free 3D displays have to account for the different positions from which people are watching. This means that they have to divide up the limited number of pixels they project so that each viewer sees an image from wherever he or she is located, the researchers said.

“Existing approaches to glasses-free 3D require screens whose resolution requirements are so enormous that they are completely impractical,” study co-author Wojciech Matusik, an associate professor of electrical engineering and computer science at MIT, said in a statement.

But in the new method, the researchers used a series of mirrors and lenses to essentially give viewers a parallax barrier tailored to each of their positions.

“By careful design of optical elements, we can achieve very-good-quality 3D content without using glasses,” study co-author Piotr Didyk, a researcher at the Max Planck Institute for Informatics and Saarland University, both in Germany, told Live Science.

“This is the first technical approach that allows for glasses-free 3D on a large scale,” Matusik said in a statement.

In addition, the scientists reasoned that instead of displaying images to every position in a theater, they would need to display images only to a relatively tiny set of viewing positions at each theater seat.

“In our solution, we exploit the layout of the audience in a cinema,” Didyk said.

The scientists developed a simple Cinema 3D prototype that could support a 200-pixel image. In experiments, volunteers could see 3D versions of pixelated figures from a number of different seats in a small theater.

The scientists cautioned that Cinema 3D is currently impractical to implement commercially. For instance, their prototype requires 50 sets of mirrors and lenses, but the screen is just barely larger than a pad of paper. The researchers hope to build a larger version of their display and further boost the image resolution.

“It remains to be seen whether the approach is financially feasible enough to scale up to a full-blown theater,” Matusik said in a statement. “But we are optimistic that this is an important next step in developing glasses-free 3D for large spaces like movie theaters and auditoriums.”

The scientists detailed their findings July 26 at the SIGGRAPH computer graphics conference in Anaheim, California.