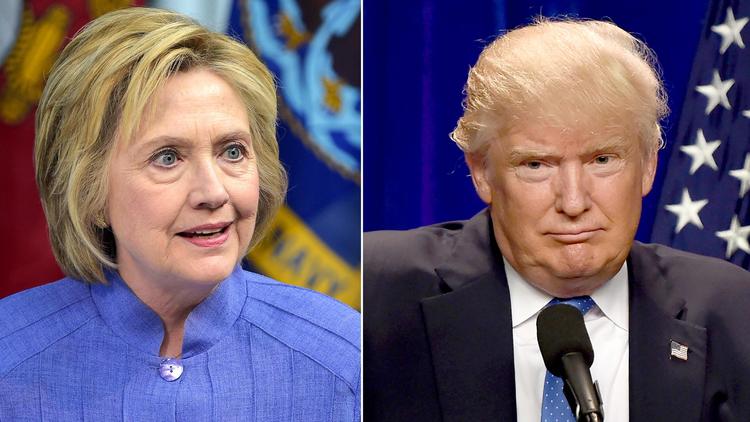 Before both conventions, a poll from CBS and The New York Times had Hillary Clinton and Donald Trump tied at 40 percent. What’s remarkable about that isn’t just that the two were tied, it’s that 20 percent of respondents did not have a preference between them. In the first poll conducted after both conventions, that situation has changed. Now, according to CBS News, Clinton leads Trump 46 to 39 — a seven-point swing, though still leaving a lot of people undecided.

Between the two conventions, CBS conducted another survey, showing that both Clinton and Trump had gained two points. That’s a different shift than was seen in other polls.

Compared to the pre-convention poll, Clinton gained six points and Trump lost one. The margin of error here means that Trump’s support is essentially unchanged — but Clinton’s gain is real. Broken down by party, you see that Clinton improved dramatically with independent voters, gaining after both conventions. Trump gained a bit among Democrats, but that’s it. (Clinton’s five-point gain among Republicans after the Democratic convention is probably what her camp wanted to see, but it’s barely outside the margin of error.)

We’ll also note that Clinton’s net favorability rating among independents when from a horrible minus-43 to a less-horrible (though-still-bad) minus-35. Overall, she improved from minus-26 to minus-14, while Trump went from minus-24 to minus-21.

Again, CBS’s gains for Clinton should be taken with a bit of a grain of salt simply because other polls showed Trump getting a bigger spike.

This is still a close race, thanks in part to how many people still haven’t made up their minds. If recent campaigns are any indicator, most partisans will end up backing their party’s candidate, which hypothetically makes it pretty easy for Clinton to get close to that 50 percent mark. Which isn’t how presidential campaigns work, Al Gore will remind you; she needs to win a majority of electoral college votes.

In the first poll after both conventions, though, hitting that mark seems far more likely for Clinton than it does for Trump.