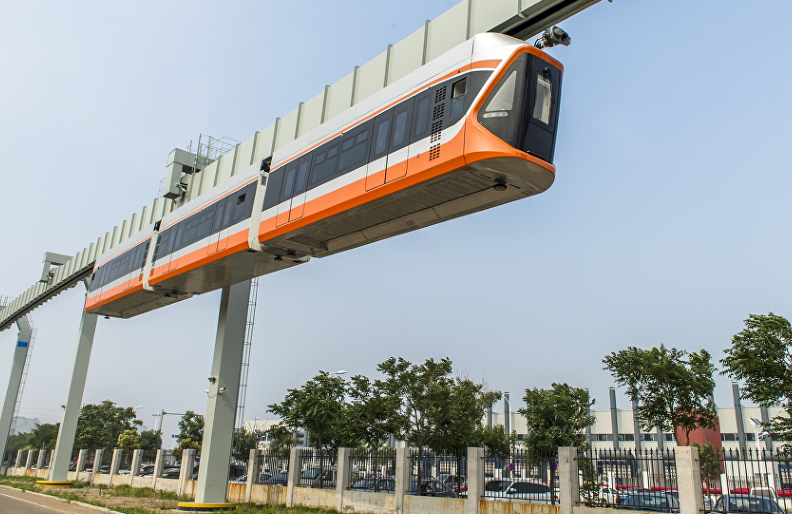 Chinese engineers have begun testing the country’s fastest-ever suspension railway, which can carry commuters to work at a top speed of 70km/h.

The first trains have started running on China’s new suspension railway, the country’s fastest-yet elevated railway, which is located in Qingdao, Shandong Province.

The so-called “Skytrain” is able to ascent 100-meter gradients over a distance of 1,000 meters and is suitable for use in both mountainous regions and major cities. It has already broken speed records during testing, project engineers told China’s CGTN news network.

The suburban train has a maximum speed of 70km/h and can transport up to 510 passengers in three or five carriages.

The new line in Qingdao is China’s second suspended railway after a lithium battery-powered suspended train line was completed in Chengdu last year, where the trains can run at a top speed of 60km/h.

China is the third country in the world to develop suspension railways, after Germany and Japan. The world’s first suspension railway was built in the German city of Wuppertal in 1901 and is still operational today.

Japan’s Chiba Urban Monorail, which was built in 1988, is the world’s most extensive suspension railway, comprising two lines totaling 15.2km in track length.