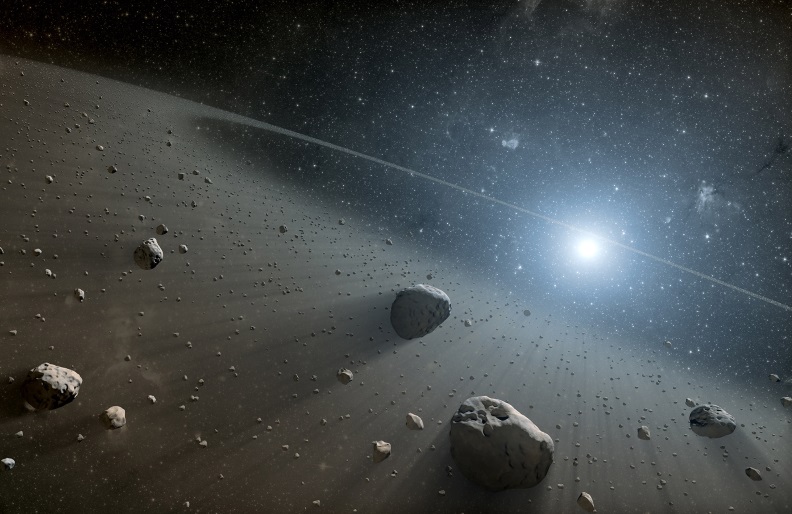 We don’t actually have a lot to be afraid of when it comes to asteroids. Sure, they might come pretty close from time to time, but they tend to buzz harmlessly by – after all, Earth is a pretty tiny target in the vastness of space.

That doesn’t mean we shouldn’t be prepared, though – and NASA, along with several other US federal agencies, has been putting together a contingency plan.

They’ve called the collective the Interagency Working Group for Detecting and Mitigating the Impact of Earth-bound Near-Earth Objects, or DAMIEN, which isn’t ominous at all, and released a 20-page document that outlines the asteroid – or near-Earth object (NEO) – plans for the next decade.

“Implementing the National Near-Earth Object Preparedness Strategy and Action Plan will greatly increase our nation’s readiness and work with international partners to effectively respond should a new potential asteroid impact be detected.”

The plan is based on a set of strategy goals in 2016, and hopes to do something about a huge problem with our asteroid preparedness: we’re actually really bad at detecting them.

This year alone we’ve had two surprise asteroids appear in our vicinity. Admittedly, both were smaller than the 140-metre (460-foot) size that is officially considered potentially hazardous (although a smaller one could still do a lot of damage).

But we’re pretty bad at spotting those, too – we’ve only detected about 8,000 to date, an estimated third of what’s out there. And there’s a limit to what we can do right now.

“According to a 2017 report from NASA’s NEO Science Definition Team,” the White House document says, “current observational capabilities are suited to only finding less than half of all 140-metre objects by 2033.”

Now for the good news: The group knows that’s a problem, and it’s working to fix it by improving our current detection, tracking and asteroid characterisation capabilities.

“If a real threat does arise, we are prepared to pull together the information about what options might work and provide that information to decision-makers,” Johnson said in a press conference.

That’s the first part of a five-part approach. Two others are improving asteroid modelling and prediction, and establishing international cooperation, which makes sense – asteroids don’t really care about our boundaries.

Read more:  An Asteroid Headed Our Way Is About to Test NASA’s Planetary Defense System

Then there’s what to do if an asteroid does pose a threat. NASA actually has some pretty good strategies in place for this, since asteroid Bennu, around 492 metres (1,614 feet) wide, could be on a collision course with Earth in 2135 CE.

If that does look like it’s going to happen, a rocket carrying nukes may be sent up to intercept. If the impact didn’t send Bennu careening into space, a bomb detonated near the asteroid would evaporate a part of it, which would act as a sort of thruster to send the asteroid off in another direction.

NASA will be testing the kinetic impact redirection method in 2021, with its Double Asteroid Redirection Test.

Other potential methods involve using nukes to blow asteroids to much less hazardous smithereens; or putting a heavy spacecraft near the asteroid. This gravity spacecraft would, theoretically, tug on the asteroid, pulling it off its collision course.

NASA, the National Nuclear Security Administration, and the Department of Defense will be working together on preliminary designs for potential deflection missions, and start conducting flight demonstrations on harmless near-Earth objects in the vicinity to improve defection and gravity tractor techniques.

The final part of the plan is for the worst case scenario – emergency and disaster procedures for if a large asteroid does hit Earth.

“Implementing the NEO Action Plan will increase the United States’ ability and readiness, together with domestic and international partners, to mitigate the impact hazard posed by NEOs.”

We feel … well, just about as safe as we ever did, to be honest.

You can read the full report here.