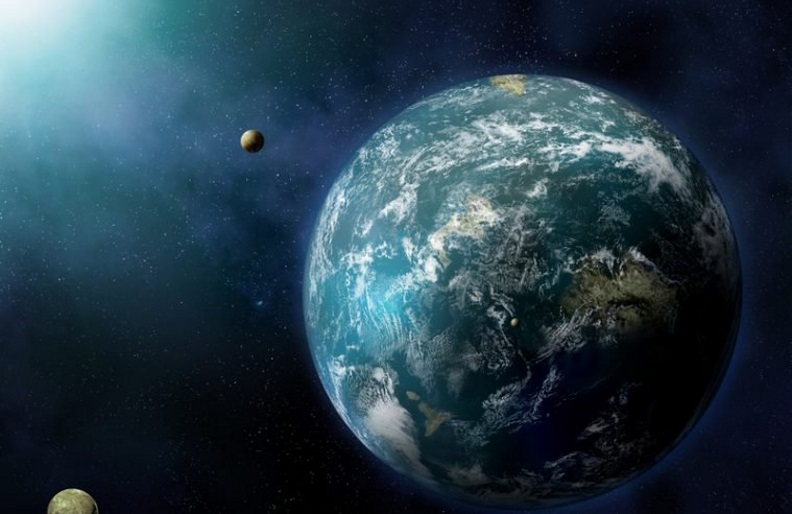 Scientists working with telescopes at the European Southern Observatory and NASA announced a remarkable new discovery: An entire system of Earth-sized planets. If that’s not enough, the team asserts that the density measurements of the planets indicates that the six innermost are Earth-like rocky worlds.

And that’s just the beginning.

Three of the planets lie in the star’s habitable zone. If you aren’t familiar with the term, the habitable zone (also known as the “goldilocks zone”) is the region surrounding a star in which liquid water could theoretically exist. This means that all three of these alien worlds may have entire oceans of water, dramatically increasing the possibility of life. 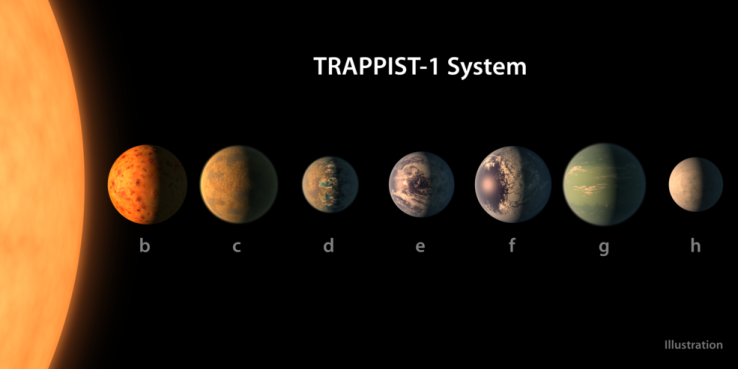 “This is an amazing planetary system — not only because we have found so many planets, but because they are all surprisingly similar in size to the Earth!”

Co-author Amaury Triaud notes that the star in this system is an “ultracool dwarf,” and he clarifies what this means in relation to the planets:

“The energy output from dwarf stars like TRAPPIST-1 is much weaker than that of our Sun. Planets would need to be in far closer orbits than we see in the Solar System if there is to be surface water. Fortunately, it seems that this kind of compact configuration is just what we see around TRAPPIST-1.”

The system is just 40 light-years away. On a cosmic scale, that’s right next door. Of course, practically speaking, it would still take us hundreds of millions of years to get there with today’s technology – but again, it is notable in that the find speaks volumes about the potential for life-as-we-know-it beyond Earth.

These new discoveries ultimately mean that TRAPPIST-1 is of monumental importance for future study. The Hubble Space Telescope is already being used to search for atmospheres around the planets, and Emmanuël Jehin, a scientist who also worked on the research, asserts that future telescopes could allow us to truly see into the heart of this system.

As Jehin states:
“With the upcoming generation of telescopes, such as ESO’s European Extremely Large Telescope and the NASA/ESA/CSA James Webb Space Telescope, we will soon be able to search for water and perhaps even evidence of life on these worlds.”