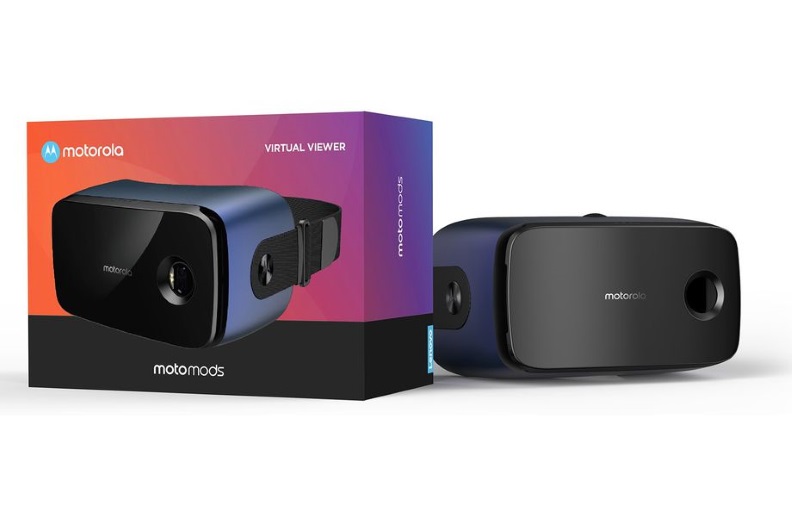 Motorola has put together an eclectic selection of Moto Mod accessories for its smartphones, ranging from an Alexa speaker to an instant camera. So it was probably only a matter of time until we arrived at this: a virtual reality headset, custom-built for the Moto Z line and its big, circular camera bump.

News of the upcoming headset was leaked today by VentureBeat reporter Evan Blass, who posted an image of the headset to Twitter. There are no further details yet, such as when it will be available. Motorola has announced accessories with really long lead times in the past, so don’t assume that this one’s ship date is imminent.

This is a hell of a Mod… pic.twitter.com/Mah61AYIZr

While the circular camera cutout makes this headset look pretty strange, there’s nothing all that out of the ordinary here. VR headsets for smartphones are pretty common at this point, and some companies — like Samsung — have made headsets and features that work specifically with their phones. Chances are, this one is just going to support Android’s built-in Daydream VR feature.

One intriguing possibility here is for this Moto Mod to support some basic augmented reality features since the exposed camera can capture footage from the wearer’s point of view. It seems unlikely that we’d see much more than a live view of the world, though. Even Microsoft’s Windows Mixed Reality Headsets, which include cameras on the outside, don’t offer AR features yet, and those were seemingly conceived as headsets that could offer both features.

This article was originally published by THE VERGE