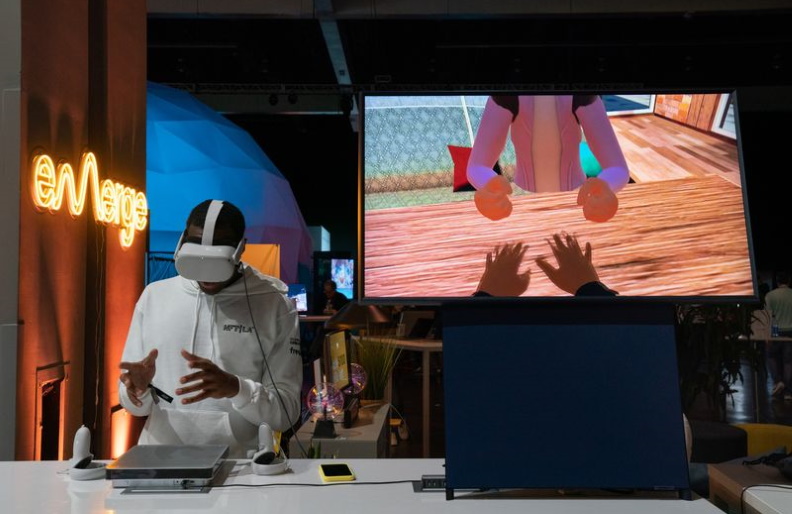 Meta Platforms Inc.’s upcoming high-end headset for virtual and augmented reality will be called the Meta Quest Pro, according to code findings inside the company’s iPhone app for setting up headsets.

Meta has been touting its new device since last year, using the codename Project Cambria. The company is likely to introduce the official name later this year along with details about the headset’s availability. It will cost more than $1,000, according to a person with knowledge of the matter who asked not to be identified because the details aren’t yet public.

The device is a major priority for Meta, which has recently scaled back other hardware projects such as a smartwatch and will be a prime competitor to Apple Inc.’s upcoming mixed-reality headset when it goes on sale next year.

The new Meta headset will have far better graphics processing and power compared with the regular Meta Quest headset. It will also include external high-resolution cameras to simulate AR in color, eye tracking, more storage, new controllers and high-resolution displays for virtual reality.

The code string indicating the name of the product, which was found by developer Steve Moser and shared with Bloomberg News, references the pairing of the device to a controller. The code reads: “Pair Meta Quest Pro right controller.”

Meta dominates the virtual reality market, but future rivals like Apple are expected to create more competition. Apple plans to launch its headset with an operating system called realityOS in the coming months. Apple’s device will likely have similar functionality to the Meta Quest Pro, including a high-powered processor, mixed augmented and virtual reality capabilities, and applications for 3D communication.