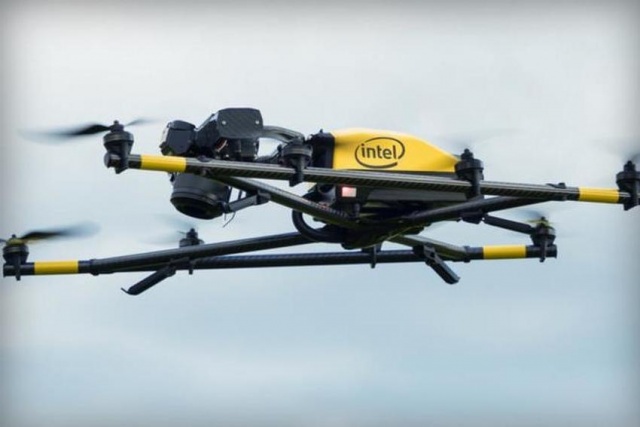 Intel might be known as a company that manufactures computer processors, but given the state of technology these days, sticking to one product is not really an option. This is why it isn’t surprising to see that Intel has actually branched out into drones, and we’re not talking about reference designs or chipsets for drones, but an actual Intel-branded drone called the Falcon 8+.

This is actually not Intel’s first foray into the drone scene as previously the company had partnered with Ascending Technologies, but this is the first time Intel has actually made a drone of its own. Unlike drones made by other companies such as Parrot DJI, Intel’s Falcon 8+ isn’t really a drone for hobbyists, but rather it is a drone made for industrial work.

For example it can be used on construction jobs where the Falcon 8+ can fly around the site to survey things and also for inspection purposes, an activity that might otherwise take humans a couple of hours to complete. It also features a waterproof cockpit so pilots don’t have to worry about it getting damaged.

The Falcon 8+ weighs 6 pounds and is capable of reaching speeds of up to 35 mph, a lot faster than most hobbyist drones out there in the market today. No word on availability or how much it will cost, but we don’t expect that it will come cheap.