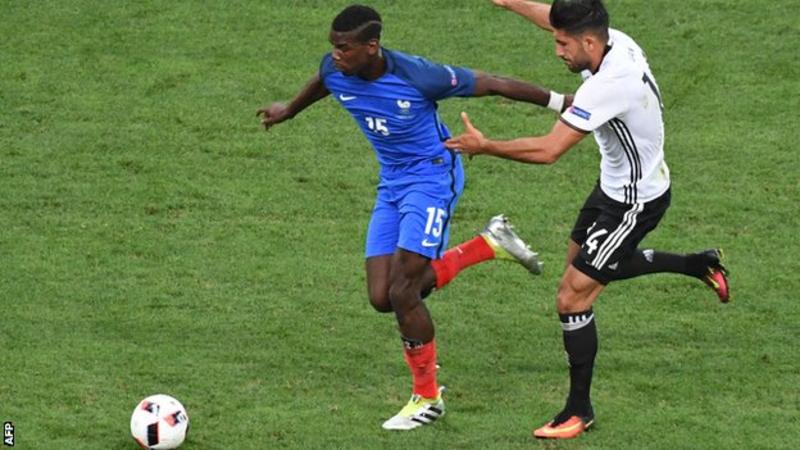 The France international has been on holiday in the USA following Euro 2016.

Pogba, 23, has been widely linked with a world record £100m move to Old Trafford this summer, with Jose Mourinho suggesting a deal was close.

“It makes no sense at the moment talking about potential replacements for Pogba because, right now, Pogba is a Juventus player,” said Allegri.

United begin their season in the Community Shield against Leicester City on Sunday, and Mourinho says the club are trying “everything to close the market as quickly as possible” before next weekend’s Premier League kick-off.

Juventus’ Serie A season begins a week later on 20 August, with the Italian champions due to face West Ham in a friendly at the Olympic Stadium on Sunday.
“I’ve summoned Pogba together with (Patrice) Evra tomorrow night,” added Allegri. “So that means he has training here in Vinovo on Monday.”