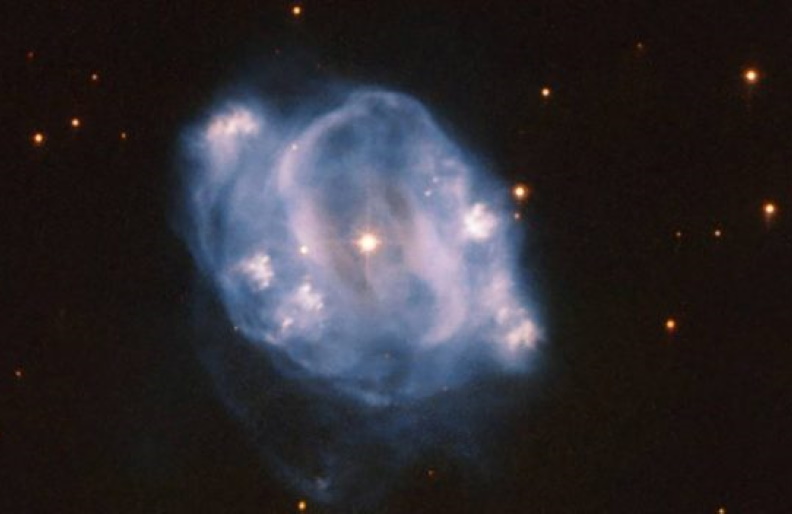 The NASA/ESA Hubble Space Telescope recently snapped a dreamy photo of NGC 5307, a dying, sun-like star that has collapsed in on itself and shed its outer layers of gas into space.

NGC 5307 is a planetary nebula located roughly 10,000 light-years from our planet and can be spotted in the constellation Centaurus (the Centaur), NASA said in a press release.

A planetary nebula is the last stage of a sun-like star and it could give us a peek into the solar system’s future. Just like our sun, these types of stars will transform into red giants at the end of their lives. NASA says stars are sustained by nuclear fusion that takes place in their cores, which generates energy. Nuclear fusion processes try to break the stars apart and only the stars’ gravity prevents this action from occurring.

#HubbleFriday Planetary nebula NGC 5307 gives us a glimpse into the future of our own solar system. A dying Sun-like star has run out of nuclear fuel, collapsed in on itself, and shed its outer layers of gas into space: https://t.co/xBUWCCkAFT pic.twitter.com/BXZPcUbeeu

At the end of a star’s red giant phase, these forces become unbalanced and the core of the star crumbles in on itself and its surface layers are violently thrown outward. Once this turbulent activity ceases, all that remains of the star is shown in the above image: illuminated outer layers that circle a white dwarf star, which are the leftovers of the red giant star’s core.

The star’s makeover isn’t done yet: These glowing outer layers are still cooling and shuffling around in space. Once a few thousand years go by, they will diminish and only leave a dimly illuminated white dwarf behind.