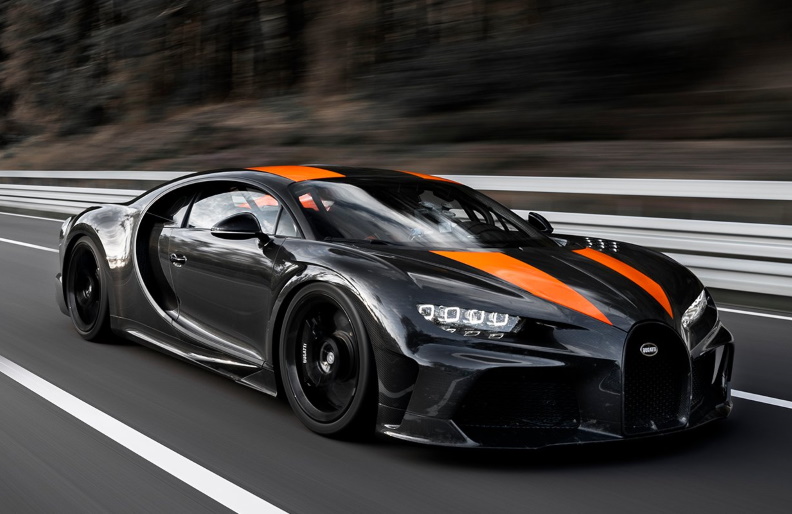 A modified Bugatti Chiron has secured its spot as the fastest supercar on the market, according to an announcement and footage from the British television series “Top Gear.”

“The biggest challenge is to get the overall package right – not only design, not only aerodynamics, not only engine, not only tires,” Bugatti’s Frank Heyl said to “Top Gear” on Monday. “It’s to get everything together and working in one car.”

Italian chassis manufacturer Dallara Automobili was tasked with constructing the Chiron’s body and aerodynamic kit. Outlet Car and Driver reported that Michelin constructed a set of special “Michelin Pilot Cup 2” tires capable of rotating up to 4,100 times per minute. To ensure their dependability during the test drive, the tires were X-rayed moments prior to their use.

A number of modifications were made to the vehicle, including the removal of its passenger seat, implementation of a roll cage and installation of computer systems.

Prior to Wallace’s Monday drive in the Chiron, the idea of breaking 300 mph was somewhat mythical, as the Koenigsegg Agera RS had only been able to reach a top speed of 274.55 mph.

“Bugatti has once again shown what it’s capable of. With this new record of the Chiron we enter again uncharted territory. Never before has a series manufacturer reached this high speed,” Bugatti President Stephan Winkelmann told “Top Gear” on Monday. “Our goal was to be the first manufacturer ever to reach the magic 300 mph mark. We have now achieved this – making ourselves, the entire team and myself, incredibly proud.”

While it’s unclear whether Bugatti will reproduce this particular vehicle, “Top Gear” claims the company will market a “Super Sport version” of the Chiron in the near future. However, those interested in buying the super supercar will have to be immune to sticker shock: the standard version of the 2019 Chiron goes for a cool $2,998,000, according to Car and Driver.