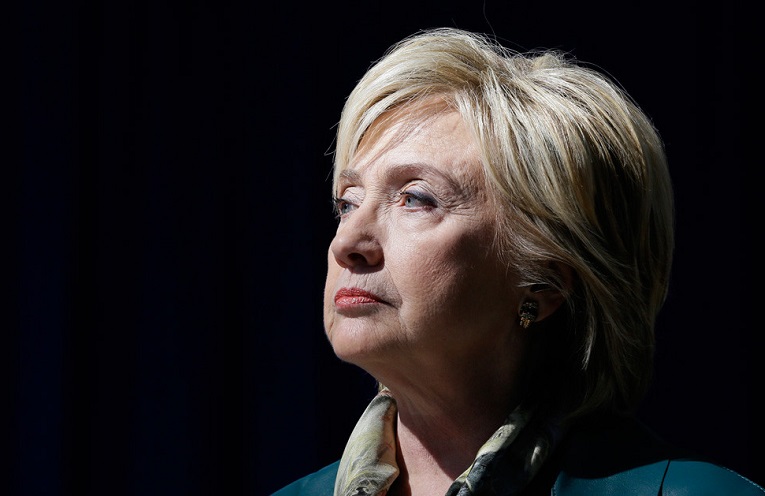 Hilary Clinton said on Tuesday she takes “personal responsibility” for her loss to Donald Trump in the 2016 presidential race.

But the former Democratic nominee also blamed Russian interference in the US election and the release just before the election of a letter by the FBI director, James Comey, pertaining to the investigation into her emails, saying such factors deprived her of an otherwise expected victory.

“I take absolute personal responsibility,” Clinton said of her November defeat during a sit-down with CNN’s Christiane Amanpour at an event titled Women for Women in New York. “I was the candidate, I was the person who was on the ballot. I am very aware of the challenges, the problems, the shortfalls that we had.”

The former secretary of state nonetheless maintained she was on track to become the first female president of the United States when a series of obstacles altered the trajectory of the race.

“It wasn’t a perfect campaign. There is no such thing,” she said. “But I was on the way to winning, until a combination of Jim Comey’s letter on 28 October and Russian WikiLeaks raised doubts in the minds of people who were inclined to vote for me but got scared off.”

Clinton was referring to the decision by Comey to disclose – 11 days before election day – that the FBI was reviewing newly discovered emails in relation to the investigation into Clinton’s use of a private email server while at the helm of the Department of State. Just days later, Comey concluded the emails were mostly personal or duplicates of what the government had already examined prior to clearing Clinton of any criminal charges.

Drawing less scrutiny at the time was the hacking of Clinton campaign chairman John Podesta’s emails, the contents of which were widely reported with damaging effect on the Democratic nominee. The US government deemed the Russian government responsible for the hacking and subsequent release of those emails on the website WikiLeaks as part of a broader effort by the Kremlin to boost Trump’s candidacy.

Russia’s role in the election, and potential contacts between its agents and the Trump campaign, is now the subject of both an FBI investigation and two parallel investigations by the Senate and House intelligence committees.

“The evidence for that intervening event is, I think, compelling, persuasive,” Clinton said of the resulting effects on the outcome of the election. “And so we overcame a lot in the campaign. We overcame an enormous barrage of negativity, of false equivalency, and so much else.

“As Nate Silver has concluded: if the election had been on October 27, I would be your president.”

She noted that Podesta’s emails appeared on WikiLeaks less than an hour after the release of a 2005 Access Hollywood tape in which Trump bragged about sexual assault, catapulting his campaign into a downward spiral.

“What a coincidence,” Clinton said. “You just can’t make this stuff up. Did we make mistakes? Oh course we did. Did I make mistakes? Oh my gosh, yes. You’ll read my confession and my request for absolution. But the reason why I believe we lost were the intervening events in the last 10 days.”

She said misogyny was “very much a part of the landscape politically, socially and economically”.

Clinton has slowly returned to the public spotlight in recent months with occasional interviews and speeches, but she has largely stayed out of politics save for an occasional tweet weighing in on the Trump administration’s policies. In New York on Tuesday, she did, however, bask in at least one silver lining within the results of the election.

“Remember, I did win more than 3 million votes than my opponent,” she said.

Amanpour was quick to remark that Trump would probably respond on Twitter, but Clinton was unfazed. “If he wants to tweet about me, then I’m happy to be the diversion,” she said. “We’ve got lots of other things to worry about. And he should worry less about the election and my winning the popular vote than doing some other things that would be important for the country.”

Clinton’s team has insisted her foray back into the public eye should not be taken as an indication she will seek political office once more. Clinton vowed to instead use her voice to help Democrats and speak out against any actions under the Trump presidency she considers to be harmful.

“I’m back to being an activist citizen,” she said, “and part of the resistance.”