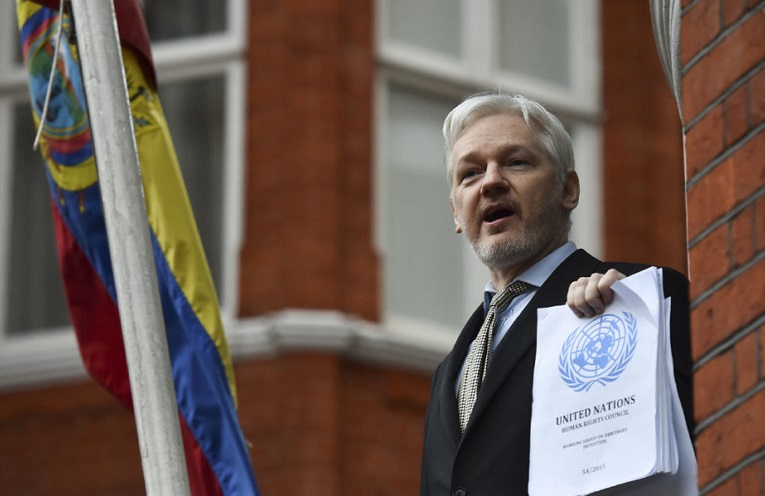 WikiLeaks founder Julian Assange filed a new motion in Sweden Wednesday calling for a European arrest warrant over rape allegations to be dropped, after the United States said it was seeking to arrest him, his lawyer said.

The 45-year-old Australian denies the accusations in Sweden that date back to 2010, which he fears will see him extradited to the United States.

He has been holed up at the Ecuadorian embassy in London since 2012 and risks being arrested by British police as soon as he steps out of the building.

His Swedish lawyer Per Samuelsson said the new motion was filed because US Attorney General Jeff Sessions said in April that arresting Assange would be “a priority”.

“This implies that we can now demonstrate that the US has a will to take action… this is why we ask for the arrest warrant to be cancelled so that Julian Assange can fly to Ecuador and enjoy his political asylum,” Samuelsson told AFP.

He said the motion was filed in a Stockholm court on Wednesday and that it should take two to three weeks for a ruling.

Assange fears imprisonment in the United States over the leaking by WikiLeaks of hundreds of thousands of secret US military and diplomatic documents that first gained attention in 2010.

He has made numerous appeals to Swedish courts, including the Supreme Court, but has lost eight bids to cancel the arrest warrant.

Swedish judges have refused to take into account the opinion of the UN Working Group on Arbitrary Detention, which in February 2016 said Assange “was arbitrarily detained” by Sweden and Britain and called for the warrant to be annulled.