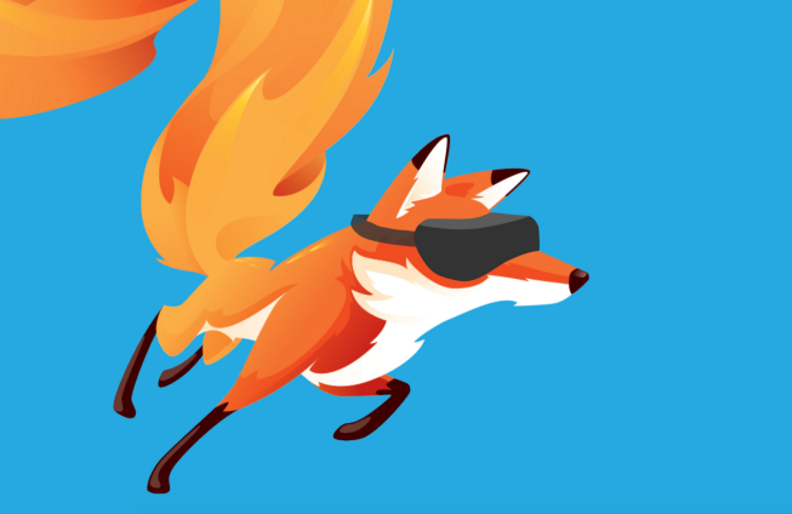 Today, Mozilla is launching its latest update to Firefox for Windows and the hallmark feature is WebVR support that will enable desktop VR users to dive into web-based experiences with ease.

WebVR is a standard that allows people utilizing supported browsers the ability to click a link that takes them directly into a VR experience. With the updated Firefox, all you have to do is click a button emblazoned with a pair of VR goggles, toss on your headset and, voila, you’re in virtual reality.

The desktop browser will just be supporting the HTC Vive and Oculus Rift today though the company tells me that mobile headsets are on their list of priorities. Aside from Firefox for Windows, WebVR is available for Daydream and Cardboard headsets on mobile Chrome and with desktop headsets thanks to an experimental Chromium build.

Apple added VR support to the Mac in their next operating system update, macOS High Sierra, but that update isn’t slated to arrive until fall.

Mozilla is launching a hub today to show people how to get into WebVR, how to find cool experiences and how to create stuff themselves using A-Frame, the company’s WebVR content creation platform.

Alongside WebVR support, the latest Firefox update will be bringing a number of improvements including a performance panel that allows users to set preferences in how many processes they’re running and a pipeline for restoring lots of tabs in a jiffy. In a bizarrely ambitious test, the team at Mozilla reloaded a browser session with 1,691 tabs open and managed to start the session in just 15 seconds compared with nearly 8 minutes just a few builds ago.

Additionally Mozilla has built a more stable 64-bit release for Windows that they say should be crashing a lot less. In terms of feature updates, Firefox users will at last be able to search the web directly from the address bar, with access to searching sites like Google, YouTube, Wikipedia and others without wandering too far.

This article was originally published by Techcrunch.