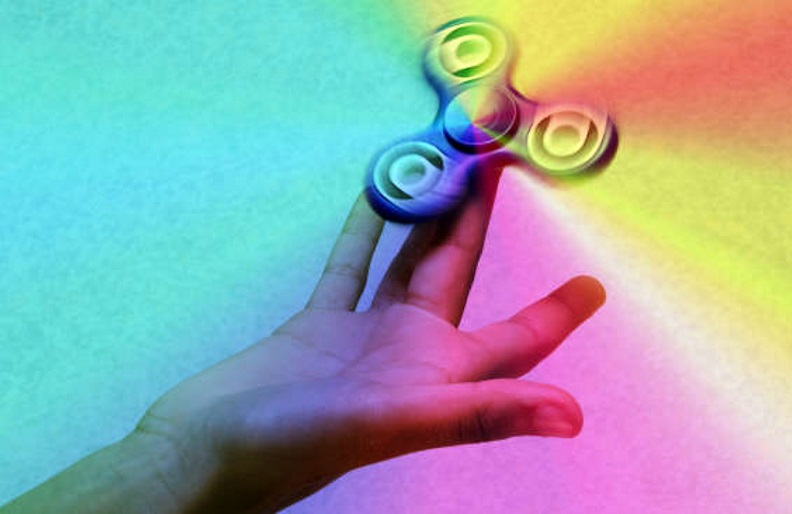 Fidget spinners – for or against them? There’s no evidence to suggest that they boost your attention span, but there’s also no denying that they are compelling to millions of people for a variety of reasons. There are even websites out there dedicated solely to reviewing the latest and greatest in fidget spinner technology.

Unfortunately, it seems that some of them are now descending into a bit of a Samsung Galaxy Note 7-like farce and exploding.

Most fidget spinners do not require batteries; they’re purely mechanical devices designed for ease of spinning. Modders and now companies have begun making them more digitally compatible, however, which in some cases means making them Bluetooth-enabled speakers that blast out undoubtedly sick beats.

These particular fidget spinners require batteries, which are apparently unhappy about being part of this new global craze and are promptly destroying themselves in bemusing displays of conflagration-driven madness.

A news report on WBRC, a local TV station in Birmingham, Alabama, highlighted that these little troublemakers are becoming a verifiable fire hazard. In what may be the first documented example of the phenomenon, one of these Bluetooth-enabled spinners burst into flames as it was charging, which looked like it could have set fire to the house had it not been for the quick actions of its owner.

The company that made this spinner was based in China, but apart from that there is no more information available about the manufacturer. There’s a good chance that the cause of the fire is similar to that which caused those Note 7s to erupt en masse a few months back – namely, the battery components are compacted into too small a space, which causes them to short circuit.

At least one other fidget spinner has exploded for the same reason – this time in Michigan, which also blew up while charging. Interestingly, this spinner didn’t come with instructions on how to charge it, and it may be that the wrong type of charger cable was used, which caused sparks to fly.

It’s too early to say whether this is the start of an epidemic of exploding fidget spinners or not. This is just a handful of examples, after all, so it’ll be interesting to see if any more stories of fiery fidgets come along the grapevine.

For now, then, it’s maybe good to be a little cautious when it comes to using these Bluetooth-enabled fidget spinners. If you do have one and have been charging it, stay with it as it’s plugged in.

We can’t help but wonder what the next big thing in accidental explosive devices will be, after smartphones, spinners, and those bloody “hoverboards”. What a time to be alive, eh?