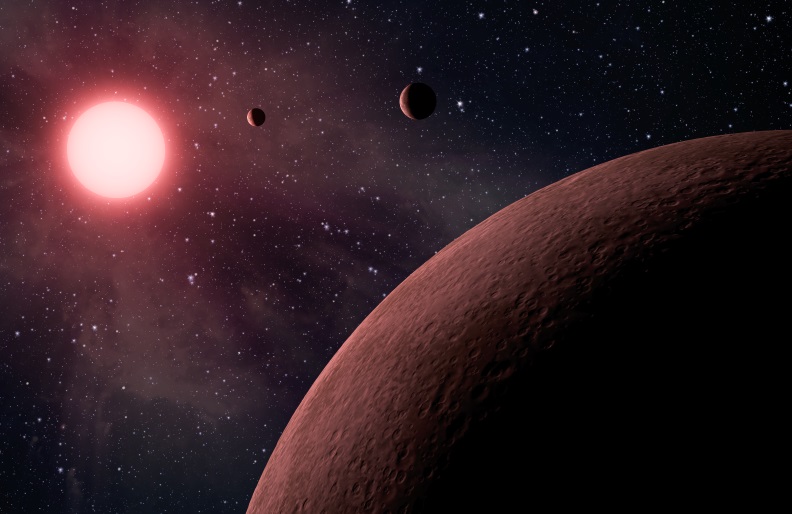 Over 3,700 exoplanets have been found lurking around our universe, and although each has its own unique set of characteristics, the vast majority have one thing in common: they orbit a single star. Researchers once believed that it would be near impossible for planets to survive outside of single-star systems, but now, an international team of researchers has shown that exoplanets in double- and triple-star systems could easily survive, and created a map of where to find them.

Led by Franco Busetti of the University of the Witwatersrand in South Africa (Wits), the group of researchers set out to determine the long-term survival rates of exoplanets within binary systems, where one star orbits another, and triple-star systems, where a third star orbits the binary pair. Their research will be published in the journal Astronomy & Astrophysics.

“Because of the complex dynamics between these stars and planets, it was previously thought improbable that many planets would have stable orbits in these regions,” said Busetti in a news release.

Less than 40 of the 3,700 confirmed exoplanets live in triple-star systems, but Busetti and his colleagues, Charis Harley of Wits and Hervé Beust the University of Grenoble Alpes in France, believe that they exist in much higher numbers. To find out, they combined factors like orbits, masses, and dimensions to create 24 different combinations of stellar variables. Over a three-year period, they used these combinations to conduct more than 45,000 computer simulations of double- and triple-star systems.

“We ran the simulations for periods ranging from 1 million to 10 million years, in order to see if the systems are stable over very long periods. If a planet is ejected from that system during this time, it is not stable,” said Busetti. “The analysis shows that most configurations had large enough stable regions for planets to exist. Many of these areas are actually very habitable for planets.”

In addition to predicting their stability and survival, the team mapped out regions in the galaxy where double- and triple-star systems are likely harboring exoplanets, which can serve as a tool to astronomers during observing campaigns.

Very few exoplanets in triple-star systems have been confirmed so far, and Busetti attributes the low number to these systems not having been thoroughly searched. One challenge astronomers face is the added luminosity from a second and third star, which can drown out the light from their much fainter exoplanets and make them harder to detect — like the case of our neighbor, Alpha Centuari. However, with the recent launch of the exoplanet hunting Transiting Exoplanet Survey Satellite (TESS) and the much-anticipated launch of the high-powered James Webb Space Telescope in 2020, these extraordinary exoplanets might lose their rarity.

This article was originally published by Astronomy.