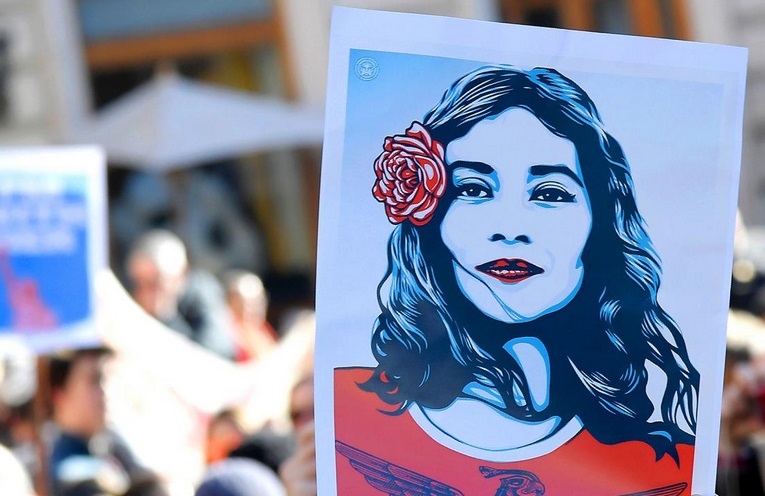 Donald Trump plans to strip all funding from a State Department bureau that promotes the rights of women around the world, it has emerged.

Oxfam America led criticism of the move, saying said cutting funds for the Office of Global Women’s Issues would have “dire consequences for millions of people, as well as our global standing”.

Documents first leaked to Foreign Policy showed plans to reduce the office’s 2016 budget of $8.25 million (£6.43 million) to zero in 2018, though the President’s budget will still have to make it past Congress.

“It’s clear that women’s empowerment and gender equality are on the chopping block in this budget,” Oxfam vice president for policy, Paul O’Brien, said.

The office’s work had been championed by defeated presidential candidate Hillary Clinton during her time as Secretary of State under Barack Obama.

Oxfam’s intervention came as Mr Trump tweeted he was “proud” of his daughter Ivanka “for her leadership” on women’s empowerment.

On Tuesday Ms Trump told an audience in Germany, where she shared a stage with Chancellor Angela Merkel, she was “really striving to think about how best to empower women in the economy, both domestically and across the globe”.

She also defended her father’s treatment of women and said the “thousands” he had employed in the Trump Organisation were “a testament to his belief and solid conviction in the potential of women and their ability to do the job as well as any man”.

Mr O’Brien added: “Talk is cheap when you don’t fund the efforts you tout.

“Congress must stand against this reckless move to walk away from one of America’s proudest and smartest investments.

“At less than a penny of every federal budget dollar, these vital programmes are wise investments that ensure girls are able to go to school, small business owners can contribute to the local economy, and millions of small farmers are able to produce enough crops to prevent hunger.

“Instead of building on these investments and ongoing real reforms, this administration is proposing devastating cuts that will have dire consequences for millions of people, as well as our global standing, national security interests, and the values central to America’s identity.

“Now is not the time to cut back on development, but to build on progress to make it even more effective.”

Musimbi Kanyoro, the president and chief executive of the Global Fund for Women, told The Independent: “This proposed budget cut sends an alarming signal about the primacy the US government accords to women’s human rights around the world.

In previous years, we saw this office help drive meaningful progress and position the US as a champion for women’s rights worldwide.

“It took a leadership stance on women’s rights, amplified the voices of grassroots women’s leaders, and enacted important policies like the US global strategy to empower adolescent girls, which carried the potential to ensure more girls globally are educated, healthy, and free from violence.

“An action like this de-prioritises women and girls and holds the threat that we will actually see global women’s rights recede rather than advance under the watch of this administration.”

The President is seeking savings to pay for a proposed $54 billion (£42 billion) increase in funding for the US military, which he said had been “depleted” over a number of years.

In January Mr Trump was criticised for reinstating the Mexico City Policy, a block on federal funds going to non-governmental organisations that help provide abortion services for women overseas, through an executive order.

Marie Stopes International, an NGO that lobbies in favour of abortion and provides a variety of family planning services in both the UK and abroad, warned women in developing countries would “pay the price” for the shift.

That month, millions of women held marches around the world to protest Mr Trump. The hundreds of demonstrations followed Mr Trump’s derogatory remarks about Fox News host Megyn Kelly after a presidential debate, and a recording of him boasting of famous men being able to grab women “by the pussy”.

The leaked budget documents show the President also intends to strip funding from a series of other soft-power and scientific programmes within the State Department — including slashing two-thirds of the Bureau for Food Security’s resources, and 95 per cent of funds for the Bureau of Oceans and International Environmental and Scientific Affairs.

The $2.5 million budget for USAID’s work with blind children is also set to disappear, according to the documents. USAID is the agency that administers American foreign aid.

The Independent has contacted the White House for comment.

The State Department referred to previous statements it had made. An official said: “Later this spring, the President will release the full FY 2018 budget request with more details on specific funding and programmes requested for the State Department and USAID, along with other Executive Branch agencies.”