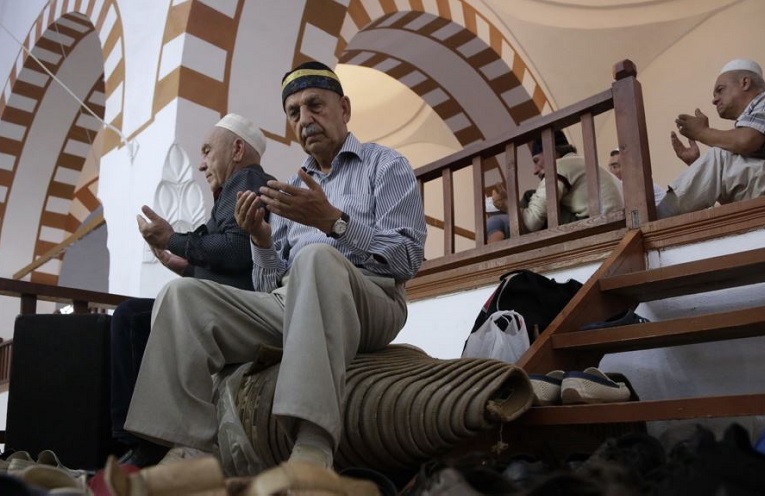 A U.S. government commission on religious freedom is recommending that Russia be designated as a “country of particular concern” (CPC), putting it in a group of the world’s worst offenders.

The U.S. Commission on International Religious Freedom (USCIRF) said in its annual report on April 26 that it is for the first time recommending that Russia be recognized as a CPC along with 15 other countries.

The USCIRF said Russia is unique among the countries in its report because it is the only one to have “not only continually intensified its repression of religious freedom” but had also “expanded its repressive policies to the territory of a neighboring state,” a reference to Moscow’s illegal annexation of Ukraine’s Crimean Peninsula in 2014.

The report also cited a 2016 law that it said “effectively criminalized all private religious speech not sanctioned by the state,” and noted a Russian Supreme Court ruling earlier this month that put a nationwide ban on the Jehovah’s Witnesses.

The USCIRF also recommended that Pakistan be named a CPC, as it did last year. But then-Secretary of State John Kerry rejected the recommendation.

The USCIRF has recommended that, along with Russia and Pakistan, the Central African Republic, Nigeria, Syria, and Vietnam be added to the CPC list.

USCIRF Chairman Thomas Reese said in the 2017 annual report that international religious freedom “is worsening in both the depth and breadth of violations.”