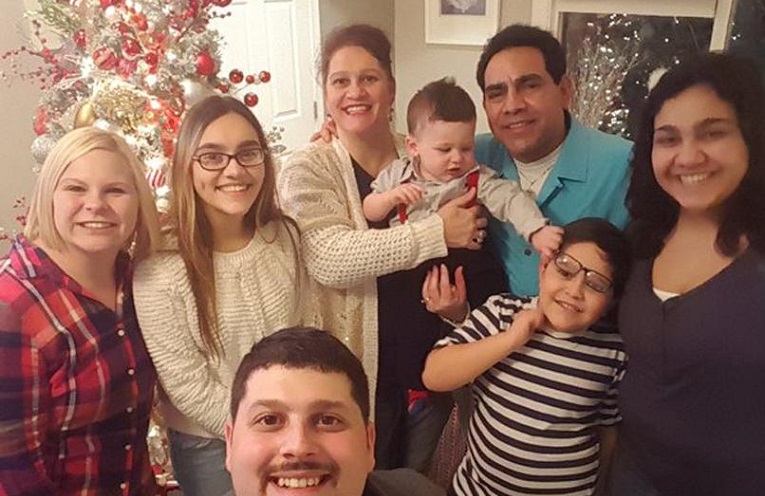 An undocumented immigrant whose wife voted for Donald Trump has been deported to Mexico amid the President’s crackdown on people living in the US illegally.

Roberto Beristain, 44, arrived in the US in 1998 and illegally stayed on, despite a deportation order handed down in 2000. He and his wife Helen went on to have three children, who he supported by running a steak restaurant near their home in Granger, Indiana.

Mr Beristain was making a regular check-in visit with immigration officials, who had allowed him to stay, when they changed their minds last month and detained him.

It came after the President promised to deport millions of people, following his infamous campaign claim that Mexican immigrants were “bringing drugs. They’re bringing crime. They’re rapists and some, I assume, are good people”.

Now the restaurateur has been sent back to his country of birth, CNN reported. His lawyer, Adam Ansari, said: “He hadn’t committed any crimes. He didn’t even have a parking ticket. He is probably one of the most lovable guys you will ever meet.”

According to CNN, Mr Beristain was deported despite pending legal action and without his lawyer’s knowledge. He reportedly said: “They suddenly told me it was time to go. They told me to get my stuff, they put me in the back of a van and sped toward the border.

“I asked to speak with my attorney, but was told there wasn’t time for that.”

US Immigration and Customs Enforcement confirmed it had deported Mr Beristain on Wednesday, CNN reported. It ended a spell of nearly 20 years living in the US for the businessman.

Two years after his arrival, during a trip to Niagara Falls in 2000 with his stepson, Phil Kolliopoulos, and his wife, Mr Beristain was arrested when the family inadvertently took a wrong turn and arrived at the Canadian border.

After hiring a lawyer and posting $1,500 (£1,200) in bail, Mr Beristain was released on a voluntary self-deportation order, giving him 60 days to leave the country.

Fearing for his pregnant wife, he chose to stay, Mr Kolliopoulos said in an online petition, adding that he went on to obtain a driver’s licence, social security card, and work permit.

Mr Kolliopoulos described him as a “supportive and loving husband and father”, and “very dedicated” to his restaurant which Mr Kolliopoulos said provided income to 20 families.