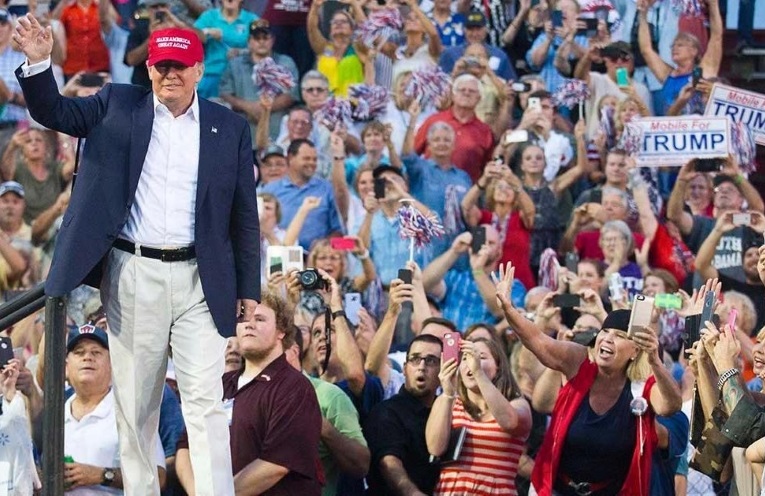 Donald Trump says he has a few regrets about the campaign but that he feels good going into election day.

“There’s always regrets,” Trump told “Fox and Friends” this morning, but added, “You just have to go forward.” He did not specify what he regretted.

As the screen showed his son, Eric Trump, voting at an elementary school in Chappaqua, N.Y., Trump said in a phone interview with the Fox crew that he’s proud of all that his children did to try to get him elected.

Trump’s final message to voters is a simple one, he said.

“We have a great, great country,” Trump said on Fox. “We have tremendous potential.”

Just minutes before, he said something slightly different on Twitter: