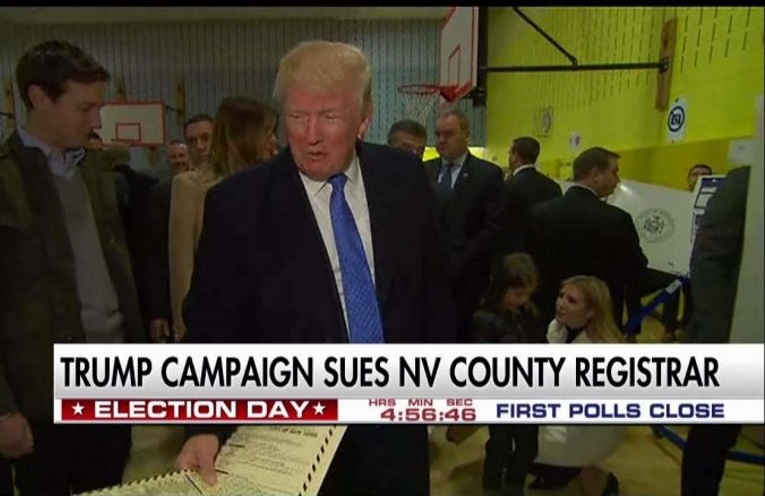 The Donald Trump campaign is suing the registrar of voters in Clark County, Nevada, over a polling place in Las Vegas that remained open “two hours beyond the designated closing time.”

Nevada state law says voters who are in line when the polls close at 8:00 p.m. must be allowed to cast their ballots.

The lawsuit says election officials violated that law because they allowed people to join the line after 8:00 p.m. at a polling location.

County spokesman Dan Kulin,  told CNN that none of the early voting sites extended their hours, but they did remain open for anyone who was in line at closing time.

The lawsuit, which was filed in a Nevada state court on Monday, asks that the county’s ballots be kept separate pending any future legal challenges.