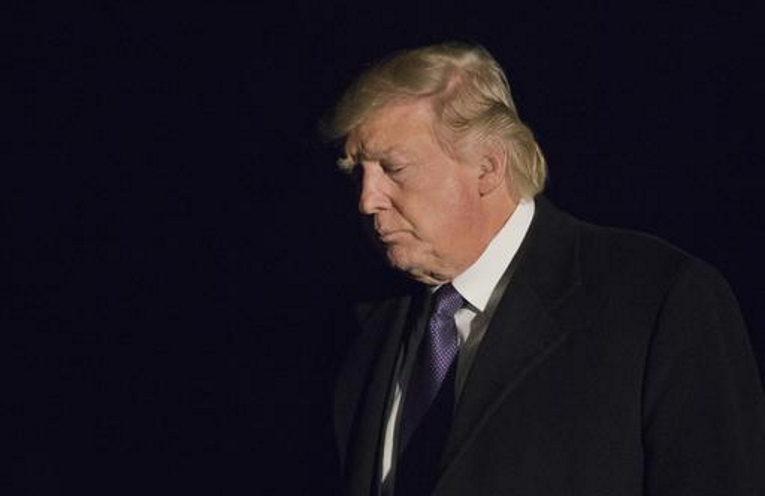 WASHINGTON – President Donald Trump marks his first month in office on Monday, where he fuels another day of stories about his remarks on a nonexistence terror attack in Sweden by blaming his inaccurate statement on the “fake news media.”

Trump is wrapping up a long weekend at his Mar-a-Lago resort in Florida, where he got – for him – a late start posting on Twitter on Monday.

Backstory: This one is self-explanatory.

“Give the public a break – The FAKE NEWS media is trying to say that large scale immigration in Sweden is working out just beautifully. NOT!” 8:15 a.m. Eastern Time

Backstory: Trump’s inaccurate Sweden remark, made at a Saturday rally in Florida – based on a report he saw Friday on Fox News about refugees and crime – is front-page news in Stockholm.

Trump in his Monday Twitter post is trying to change the subject from what got this story going in the first place. This one is not complicated. The president said a terror attack happened on Friday in Sweden. It’s not surprising Sweden would react or that journalists in the U.S. and Sweden would report that no incident happened Friday night.

Trump created a flap with Sweden, a close U.S. ally because of an inaccurate statement he made at his rally about an incident in Sweden that never took place.

A quick recap, as the Trump/Sweden story is in a third day…

On Sunday, the Swedish Government asked the Trump White House for an explanation in a Twitter post from the Swedish Embassy in the U.S. “Unclear to us what President Trump was referring to,have asked US officials for explanation.”

Later Sunday, Sweden got it, when Trump said in a Twitter post his source of information was to a report on Fox News.

A thought: This incident sheds light of how Trump gets and assesses information.

If there was a terrorist attack in Sweden, Trump should-could-would have learned about it from his own national security team.

The underlying issue Trump is talking about is massive immigration in Europe and his assertion that refugees trigger crime.

The Swedish government said the small nation took in 134,240 immigrants in 2015. The entire nation of Sweden has fewer people than Illinois.

Trump’s mention of a terror attack that never happened made the front pages of Swedish newspapers and prompted fact-checking by Swedish journalists of the Fox News report that prompted Trump’s remarks.

“Last year there were app 50% more murders only in Orlando/Orange in Florida, where Trump spoke the other day, than in all of Sweden. Bad. 7:09 a.m. Monday from Stockholm, Sweden.

From Aftonbladet, a leading Swedish newspaper: “After Trump’s night in Sweden’: Here are the errors in Fox News’ report on Swedish immigration”