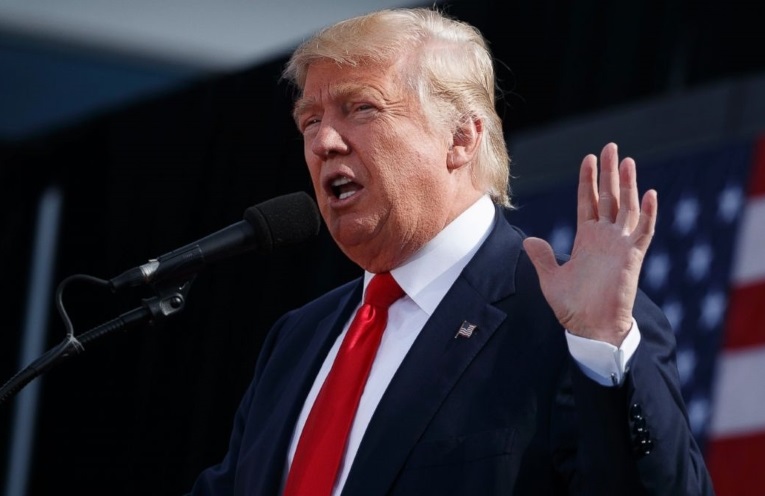 Minutes after the release of a letter written by the FBI director to Congress signaling a continuation of the investigation into emails belonging to Democratic presidential candidate and former Secretary of State Hillary Clinton, Donald Trump seized upon the news at the top of a campaign rally in New Hampshire.

“I need to open with a very critical breaking news announcement,” said Trump. “The FBI has just sent a letter to Congress informing them that they have discovered new emails pertaining to the former Secretary of State Hillary Clinton’s investigation.”

“And they are reopening the case into her criminal and illegal conduct that threatens the security of the United States of America.”

In the letter, FBI director James Comey writes that “in connection with an unrelated case, the FBI has learned of the existence of emails that appear to be pertinent to the investigation [of Clinton’s personal email server.]”

Comey added that the FBI would “take appropriate investigative steps designed to allow investigators to review these emails to determine whether they contain classified information, as well as to assess their importance to our investigation.”

In July, after concluding their investigation, Comey announced that the bureau would not be recommending charges against Clinton. He later defended the decision in a politically-divided appearance before the House Oversight and Government Reform Committee.

Trump has sought to make Clinton’s handling of classified information as secretary of state a campaign issue throughout the year, often questioning at campaign rallies how she avoided charges.

“In all fairness for all of the people that have suffered for doing so much less… perhaps finally justice will be done,” said Trump.

Today, the Republican nominee applauded the decision to examine further emails and scrutinize the original investigation.

“I have great respect for the fact that the FBI and the Department of Justice are now willing to have the courage to right the horrible mistake that they made,” said Trump. “This was a grave miscarriage of justice that the American people fully understood. And it is everybody’s hope that it is about to be corrected.”

In light of the information, the real estate mogul even partially backtracked from his oft-repeated claim that the election is “rigged” against him.

Clinton has not yet commented on Comey’s letter.