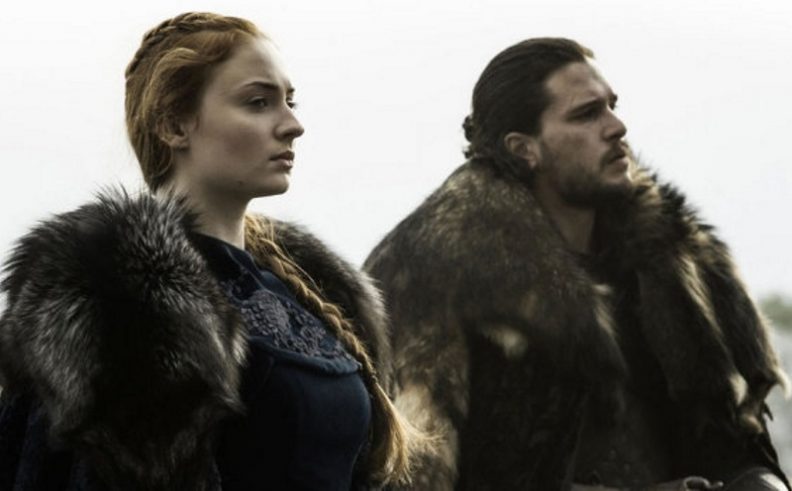 Team Stark is ready for a “Zoolander” walk-off in a new photo “Game of Thrones” star Sophie Turner shared on Instagram. So if sexy model poses are the key to defeating the White Walkers … well done.

GoT fans are devouring every bit of intel as Season 7 continues filming for its (delayed) summer 2017 premiere. The on-set spoilers are amazing, but sometimes we just want to check in with the actors themselves. Turner’s (Sansa Stark) latest post is a classic throwback photo with her on-screen brother (sort of) Kit Harington (Jon Snow), held over from after the 2016 Emmy Awards.

Jon was named the King in the North at the end of Season 6, and even though Sansa was not officially declared Queen of the North, we’re not even going to wait for Lyanna Mormont to call a vote on that. She’s the Lady of Winterfell, and the North’s true queen. Period.

Some fans think Sansa and Jon will get married in Season 7, but Sophie Turner said (and we agree) that it would be pretty “strange,” since they were raised as siblings. Jon and Daenerys Targaryen (Emilia Clarke), on the other hand, would make a slightly less creepy couple, even if the blood relation is still close — they are aunt and nephew, vs. Sansa and Jon as cousins. Jon and Dany are still strangers at this point, but that will likely change in Season 7, and a Stark/Targaryen alliance is exactly what Westeros could use right now.

Anyway, there’s a lot of time to kill before we see any of that on screen. Here are a couple of other Team Sansa bonding photos to check out as we wait for more intel on the 2017 season: