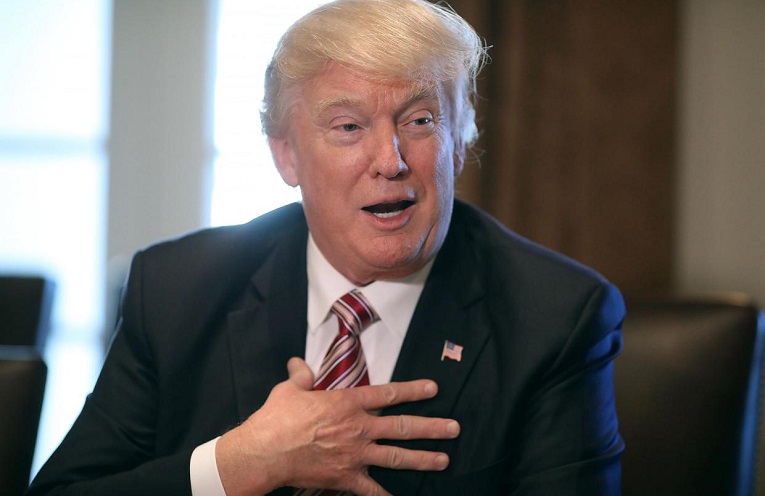 According to a poll by Quinnipiac University, just 35 per cent of voters approve of the President’s handling of the top job — and even fewer people, 34 per cent, believe he is honest.

It is a significant drop from the 42 per cent approval Mr Trump held a few weeks into his tenure, which had fallen to 37 per cent by the time of Quinnipiac’s 22 March poll. The latest figures are based on calls to 1,171 people across the US.

The university’s findings matched those by Gallup last week. That company’s results came in the aftermath of Mr Trump’s executive order to reverse Barack Obama’s “war on coal”, and amid an FBI investigation into his campaign team’s links to Russia.

Two days after he was made leader of the free world, Mr Trump had a respectable 45 per cent approval rating, according to Gallup.

He had previously teased Barack Obama for his ratings which, at their lowest, slipped to 38 per cent in both 2011 and 2014 with Gallup.

Tim Malloy, assistant poll director at Quinnipiac, said: “President Donald Trump continues to struggle, even among his most loyal supporters.

“Many of them would be hard pressed to see even a sliver of a silver lining in this troubling downward spiral.

Mr Trump has faced a number of high-profile defeats in his attempts to implement his domestic agenda.

Two separate travel bans targeting Muslim-majority countries have been stymied by the courts and a long-promised bill repealing the Affordable Care Act did not gather enough support for a vote in Congress.

He has, however, taken swift action through executive orders on issues like the Dakota Access Pipeline and immigration.