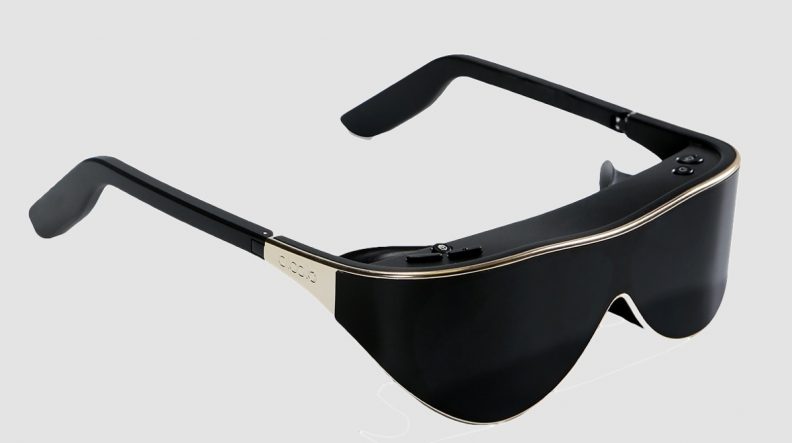 Dlodlo (type that carefully and turn off autocorrect), a VR headset that looks more like a pair sunglasses, is bursting out of China with a developer model set to land later this year.

Aside from its distinctive looks, the V1 is packing in some pretty impressive specs that could blow the Oculus Rift, HTC Vive and the PlayStation VR out of the water.

Weighing in at just 80g (the Vive is 500g to put that in perspective), it features a 2K+ Full HD (their words, not ours) display, which is the highest on the market. It should deliver a 16:9, distortion free experience that has no screen door effect. 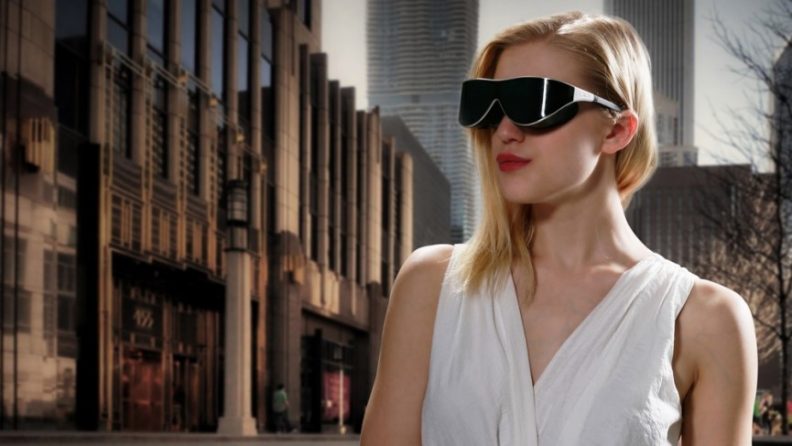 The field of view is 110 degrees, there’s a 120Hz refresh rate, two 9-axis sensors and a tracking time of less than 10ms.

What’s more, they are fashionable enough to walk down the street in – as this promo shot clearly proves (guide assistant dogs aren’t mentioned on the spec-sheet, so be careful you don’t fall down any man-holes).

It works by plugging it into a PC or when tethered to a iPod Touch-like external device called the D1 that provides the processing power and a battery that’s good for 2 hours of playtime.

It runs on Dlodlo OS, a skinned version of Android 5.0 and should work with all of your Bluetooth tech: tablets, phones, PCs, speakers, headsets and more.

Dlodlo’s VR glasses will cost a wallet-busting $559. While we like the idea of moving away from bulky headsets, we’ll reserve judgment on the V1 until we’ve had a chance to try them on.