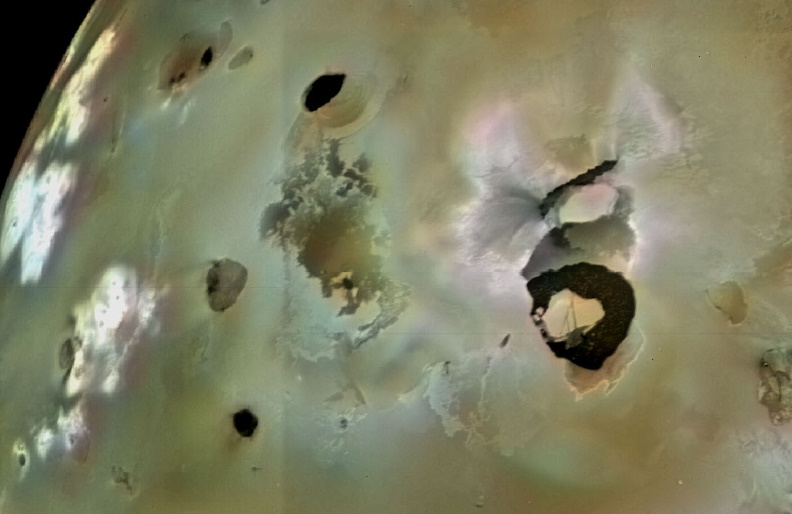 The “most powerful volcano” in the solar system—located on Jupiter’s moon Io—erupts at unusually regular intervals, according to research.

In fact, a team of scientists is predicting that the volcano, known as Loki Patera, will erupt in mid-September, based on an analysis of past trends. That’s according to a study published in the journal Geophysical Research Letters.

Loki is the largest volcanic depression on Io, measuring around 126 miles in diameter. Shaped like a horseshoe, it contains a lake of molten lava that is connected directly to a reservoir of magma underneath.

By analyzing more than a decade of data, the scientists found has experienced continuous, albeit variable, volcanic activity since 1979. In fact, the research has shown that eruptions occurred at relatively regular intervals.

This is unusual because volcanic eruptions on Earth are notoriously difficult to predict. While volcanologists are becoming better at reading the telltale signs that occur hours or days before an eruption, it is still almost impossible to accurately predict an eruption several years in the future.

“Volcanoes are so difficult to predict because they are so complicated,” Julie Rathbun, a lead author of the study from California’s University of Redlands, said.

“Many things influence volcanic eruptions, including the rate of magma supply, the composition of the magma—particularly the presence of bubbles in the magma, the type of rock the volcano sits in, the fracture state of the rock, and many other issues,” she added.

According to Rathburn, whenever Loki erupts it increases in brightness, thus enabling the team to work out the intervals between eruptions.

“Loki is the largest and most powerful volcano on Io, so bright in the infrared that we can detect it using telescopes on the Earth,” she said.

She said that in the 1990s, the intervals between eruptions were about 540 days, but now this shortened to roughly every 475 days.

“If this behavior remains the same, Loki should erupt in September 2019, around the same time,” Rathburn said. “We correctly predicted that the last eruption would occur in May of 2018.”

At present it is not entirely clear what is behind Loki’s regularity, but the scientists think that its large size may be responsible.

“Because of its size, basic physics are likely to dominate when it erupts, so the small complications that affect smaller volcanoes are likely to not affect Loki as much,” Rathbun said.

“However, you have to be careful because Loki is named after a trickster god and the volcano has not been known to behave itself. In the early 2000s, once the 540-day pattern was detected, Loki’s behavior changed and did not exhibit periodic behavior again until about 2013,” she said.

Io is probably the most volcanically active place in the solar system, featuring hundreds of volcanoes, many of which are active. The fourth-largest moon in the solar system, it is exposed to the strong gravitational pull of Jupiter on one side—as well as the planet’s other moons—Europa, Ganymede and Calisto on the other.

This causes the moon to heat up, resulting in a significant amount of volcanic activity, according to the California Institute of Technology.