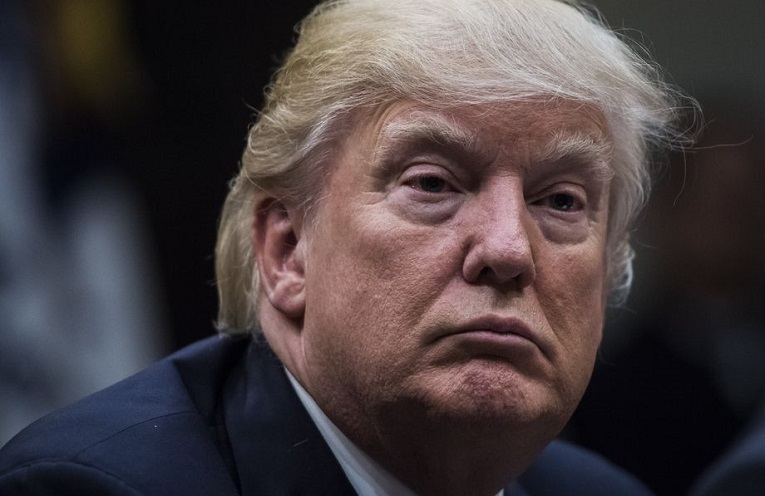 Trump’s campaign rewarded him for breaking the rules. His presidency has punished him for it.

During the 2016 campaign, Donald Trump broke every rule of politics — and he won anyway.

He dominated the Republican primary by running against the Republican Party. He repulsed the GOP’s key leaders and emerged all the stronger for it. He delighted in conspiracy theories and schoolyard insults. He contradicted himself routinely, but managed to sell his flip-flops as evidence of pragmatism rather than proof of dishonesty. He knew nothing about policy, didn’t bother to learn more, and profited from the uncertainty about his true positions. His campaign was clearly assisted by Russian hackers, but the story was overwhelmed by the obsession with Hillary Clinton’s emails.

And then, of course, there was the election itself — Trump trailed in the polls, barely built a field operation, lost the popular vote, and then won the presidency.

Like many who covered Trump, I found it hard, after all, this, to predict the likely path of his presidency. Perhaps he could defy every norm and succeed there, too. But with every day that passes, Trump is looking more bound by the political system he promised to upend. The outcomes we’re seeing look like what you’d expect from an inexperienced, unfocused president who’s more interested in tweeting out cable news commentary than learning about the government he runs and the policies he wants to change. Merely 10 weeks into his term, the processes, skills, and institutions Trump flouted as a candidate are breaking him as a president. Consider his record so far:

Health care, Trump’s top priority, crashed and burned. Trump didn’t understand the American Health Care Act nor the legislative maneuvering that would be required to pass it. He endorsed the most unpopular piece of legislation in memory and then declared defeat after only 17 days. In doing, he made everything else on his agenda harder, because he showed he doesn’t have the stomach for a long congressional fight nor the ability to sell complex, challenging proposals to the public.

Trump is historically unpopular. Fewer than three months into his presidency, Trump is less popular than Barack Obama was at any point during his two terms. To underscore Trump’s dubious achievement here, he is more unpopular with unemployment at 4.7 percent than Obama was when unemployment was 10 percent! It took President George W. Bush a disastrous war to hit Trump’s current polling nadir. This, too, makes everything else Trump wants to achieve harder — vulnerable congressional Republicans have little political incentive to back a president this unpopular on a hard vote.

Trump’s most consequential executive orders are stuck in the courts, and imperiled by his words. So far, Trump’s most unusual and controversial policy change is his executive order banning travelers from a number of majority-Muslim countries. But the slapdash, first iteration of Trump’s order was stopped by the courts, and the substantially scaled-back sequel suffered the same fate. The biggest problem Trump faces here, fittingly, are his own words: Having said he wanted an (unconstitutional) Muslim ban, it is difficult for him to convince the courts that the policies descending from that promise are not targeting Muslims.

Trump’s administration is historically understaffed. To fill his government, Trump needs to clear 553 political appointees through the Senate. According to the Washington Post’s tracker, he has only confirmed 21, and only nominated another 40 — a pace that puts Trump far, far behind his predecessors. The result is critical positions ranging from chief economist to undersecretary of state remain unfilled, and so large swaths of the executive branch are operating without direction, oversight, or alignment with Trump’s agenda. This is why there’s something comic about Trump appointing his son-in-law to lead a task force on improving government; to build a better government, first you need to understand how to work the one you’ve got.

Trump’s White House is leaking and divided. Trump has done a better job filling positions insider his own White House, where the Senate’s confirmation process doesn’t apply. But already, his key staff have dissolved into infighting and factionalism. The story, of late, is that the conservative wing of the Trump administration — led by the often-squabbling Reince Priebus and Steve Bannon — is trying to head off a power play from the New York business establishment of the Trump administration, which is led by Jared Kushner and ex-Goldman Sachs VP Gary Cohn. The amount of leaking both sides of this battle are doing is intense, and does not bode well for the White House’s internal processes.

Trump’s administration is under investigation, and there are already casualties. It was weird, during the campaign, to watch Russia helping Trump, and being helped by Trump, and to have the media treat it as a curious sideshow. But that’s over now, and the fallout has already consumed National Security Adviser Michael Flynn, who was perhaps Trump’s most dangerous and abnormal key aide. The investigation being mounted by the Senate seems increasingly serious, and Trump’s efforts to mount a counteroffensive — like with his tweet falsely accusing the Obama administration of illegally wiretapping Trump Tower — are backfiring.

Trump is not able to unite the GOP’s warring factions. An interesting lesson of the health care bill’s failure is Trump has no magic fix for the internal tensions that consumed John Boehner’s speakership. It is striking how taken aback he was by the resentments and factions splitting House Republicans. “He’s got a lot of factions,” Trump said of Paul Ryan’s failure to pass the bill, “and there’s been a long history of liking and disliking even within the Republican Party. Long before I got here.” It’s a sign of how weakened Trump is that his White House is worrying that they won’t be able to prevent a government shutdown even though their party holds complete control of Congress.

Trump isn’t normal, but the system around him is

If I had told you that America would soon elect an unpopular, undisciplined, inexperienced, scandal-plagued reality television star to the presidency, and that he would staff his White House with warring advisers who had never worked in government, you likely would have predicted a presidency that looks very much like the one we have now.

Which isn’t to say Trump hasn’t accomplished anything, much less that he won’t. I expect Gorsuch to be confirmed, for instance, and a number of Trump’s executive orders are consequential — like the climate change directives released this week. And if nothing else, Trump prevented Hillary Clinton from taking office and turning the Supreme Court Democratic for the first time in a generation. As one Republican Hill staffer said to me, “if we get Gorsuch and avoid a nuclear war, a lot of us will count this as a win.”

Trump has not found a shortcut for American politics. To succeed at a hard job, he has to work hard in ways and at tasks that he has, thus far, shown little aptitude for nor interest in.

Trump himself may never be a normal president, but the system he leads remains more normal than many expected. While it’s easy to imagine scenarios where that ceases to be true — a terrorist attack, for instance — the fact remains that, so far, incompetence, not autocracy or even ruthless efficacy, has defined the Trump administration. He has achieved much less than his predecessors at this point in their presidencies, and he has done so at great cost to his own popularity. Trump is struggling with the same veto points and limitations that frustrate all presidents, but he is further held back by his own inexperience and undisciplined approach.

It is possible Trump will yet recover. But it is also possible that he’ll enter a failure loop, where his unpopularity and his scandals and his failed initiatives and his poor management lead to more public anger and more aggressive congressional investigation and more failed initiatives and more fracturing and infighting amongst his staff. The 2018 elections are a long way away, but Trump is off to a very bad start.