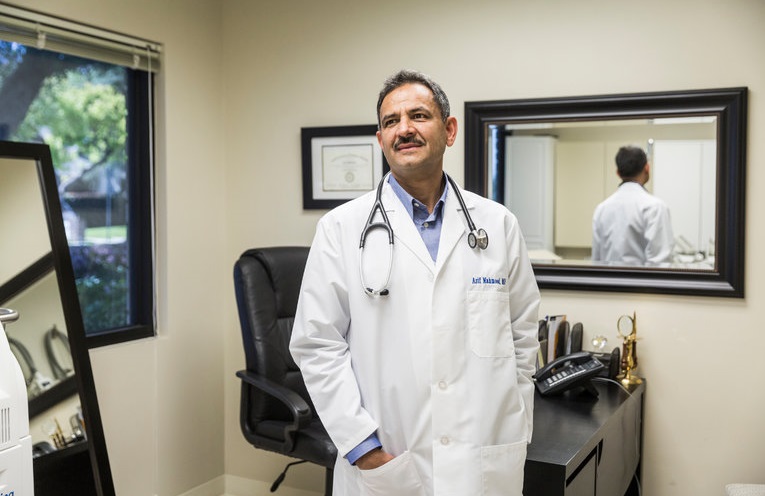 Asif Mahmood was born in a small village in rural Pakistan. He came to the United States 26 years ago to study medicine, and is today a pulmonologist in Pasadena. At age 56, he has decided to run for lieutenant governor of California.

“The divisive and hateful agenda of Donald Trump compels me to run,” Dr. Mahmood said Tuesday in an interview. “I am a proud Muslim. I am a Muslim immigrant. I am from the state of California. I am a triple threat to Donald Trump.”

Dr. Mahmood will officially announce his first bid for public office Wednesday morning. The election is in November 2018. If elected, he would perhaps be the first Muslim to hold statewide office in California. That said, there are already a number of Muslims in public office across the country, including two Muslims in Congress, according to Mohammed Nadeem, the executive director of the Muslim Observer, which tracks these kinds of elections. (And in Michigan, a Muslim man is running for governor.)

Lt. Gov. Gavin Newsom, the incumbent, is barred by term limits from seeking a third term; he is running for governor. This is not one of the highest-profile jobs in the state, but, it can be a steppingstone for anyone hoping to run for governor. (Case in point: Mr. Newsom.)

So far, only one other person, a state senator, has signaled that he’s running. Still, as a newcomer to politics, Dr. Mahmood certainly has an uphill climb here. He has retained Ace Smith, one of the state’s top Democratic political consultants, to run his race. Mr. Smith said Dr. Mahmood would probably need between $1 million to $3 million to mount a campaign, and seemed confident he could raise it.

Dr. Mahmood said his experience as a doctor gave him credentials to campaign on health care reform. He did not dispute that he was a bit of a long-shot. But Dr. Mahmood said he did not think his religion would be an obstacle in California, of all states.

“There might be a small segment of people who feel that way,” he said. “But I am a proud Muslim and a proud immigrant and I love America. I deal with Americans every day. And when you help them they are totally appreciative of that.”