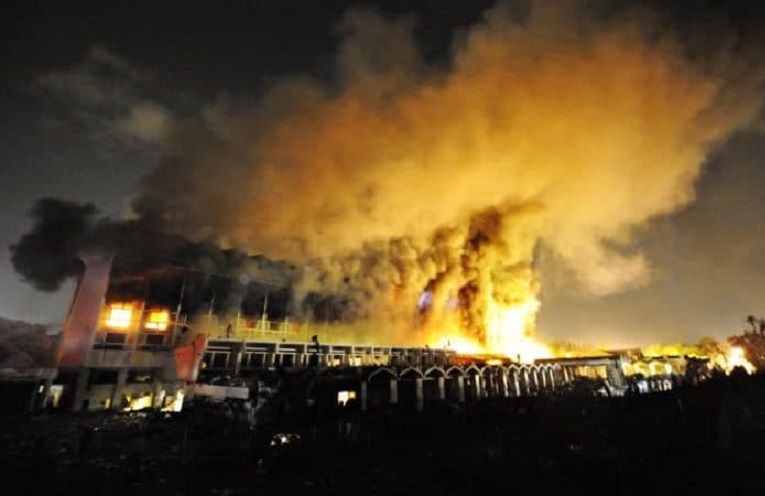 A U.S. counterterrorism airstrike earlier this month in Afghanistan killed an al-Qaida leader responsible for a deadly hotel attack in Islamabad in 2008 and the 2009 attack on a bus carrying the Sri Lankan cricket team, the Pentagon said Saturday.

In confirming the death of Qari Yasin, U.S. officials said Yasin was a senior terrorist figure from Balochistan, Pakistan, had ties to the group Tehrik-e Taliban and had plotted multiple al-Qaida terror attacks. The airstrike that led to his death was conducted March 19 in Paktika Province, Afghanistan.

The bus attack in the Pakistani city of Lahore killed six Pakistani policemen and two civilians and wounded six members of the cricket team.

Defense Secretary Jim Mattis said in the statement: “The death of Qari Yasin is evidence that terrorists who defame Islam and deliberately target innocent people will not escape justice.”

The killing of Yasin in eastern Afghanistan lends credence to Pakistani claims that its militant enemies have found sanctuaries there. The neighboring countries routinely charge each other with harboring the other’s enemies.

Relations deteriorated earlier this year after a series of attacks in Pakistan that killed 125 people led Islamabad to close its border with Afghanistan for more than one month.

The two countries have exchanged lists of insurgents hiding out on the other’s soil and Afghanistan has also given Pakistan the locations of 23 sanctuaries where its Taliban militants are hiding. Kabul is demanding they be closed.