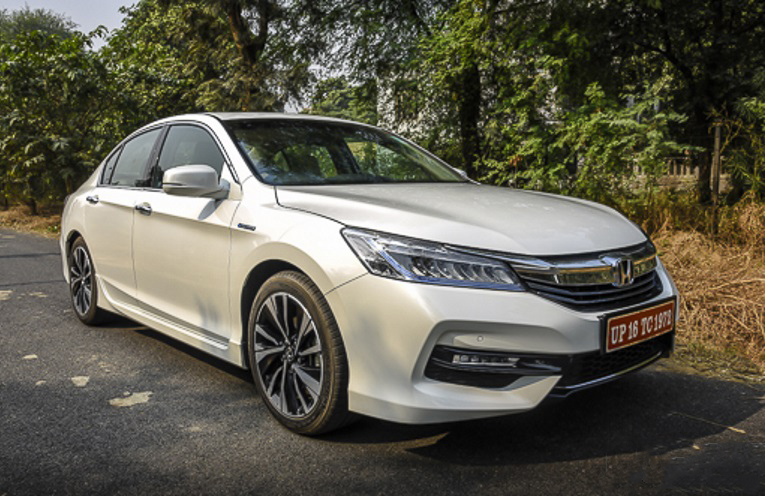 The 2018 Honda Accord will be powered by new engines along with a two-motor hybrid technology. The engine will be paired to either a new 10-speed automatic, CVT or a 6-speed manual transmission.

Earlier we reported that Honda had teased the camouflaged images of the 10th generation Accord , which will come with a range of new engines. Now, the car manufacturer has released the concept sketch of the upcoming premium sedan. The new-generation Honda Accord will make its global debut in Detroit on 14th July, next month. The sketch reveals the front design of the car that has got a new makeover and is dominated by aggressive stance. The mid-size premium sedan will be powered by three new and fuel-efficient engines that consist of two new direct-injected and turbocharged units. It will be paired to either new 10-speed automatic transmission, CVT (Continuously Variable Transmission) or a 6-speed manual gearbox, depending on the variant. These engine options will be joined by Honda’s new two-motor hybrid powertrain technology. 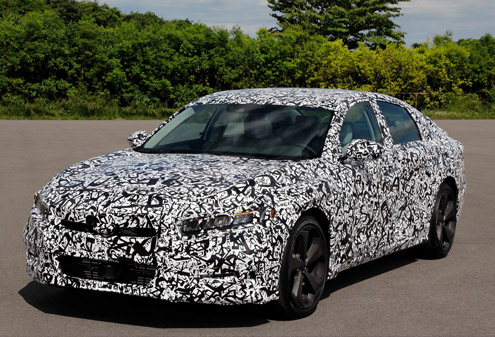 The 10th generation Accord will have a 1.5 litre direct-injected DOHC turbocharged engine with dual variable cam timing (dual VTC) and will be paired to a CVT automatic or a 6-speed manual gearbox. The larger 2.0 litre direct-injected DOHC turbocharged with i-VTEC valvetrain unit will be mated to a new 10-speed automatic transmission or a 6-speed manual gearbox, while the Accord Hybrid will be powered by a two-motor hybrid technology that works without the use of a conventional automatic transmission. The hybrid engine is said to have lower mechanical power losses and hence will be more efficient. The car manufacturer has not disclosed any further details about engines and fuel efficiency figures, which will be shared at the event next month.

The new Honda Accord will be wider than the current generation model, liberating more space inside the cabin. Honda has not revealed the interior and other exterior images, but we expect the car to be offered with new driver aids, connectivity and safety features.

Honda is likely to manufacturer the 2018 Accord’s turbocharged engines at its Anna, Ohio (US) plant and the CVT transmissions will be produced at Russells Point in Ohio. The new 10-speed automatic transmission will be produced at the Tallapoosa, Georgia plant. The production process is said to commence soon in the US. The new 2018 Honda Accord is expected to be launched by the end of this year and the additional details will soon be out in a few weeks.