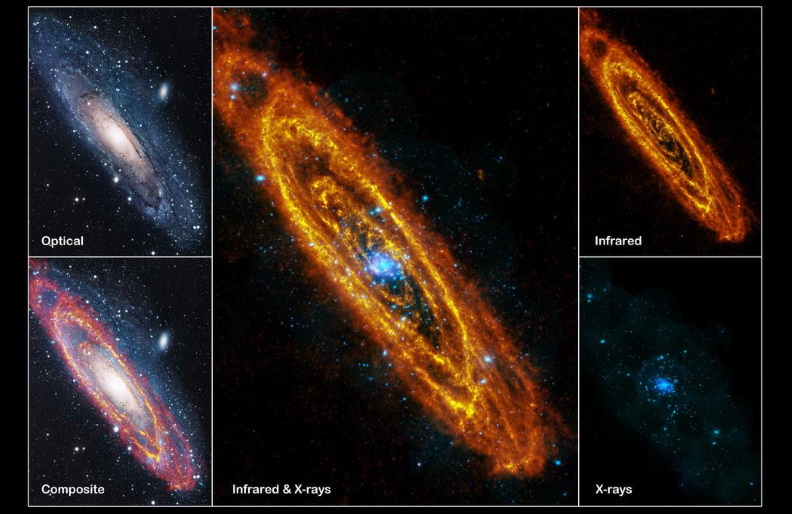 Scientists have now charted the cannibalistic past of the neighboring galaxy to our own – Andromeda. The large galaxy now appears to have sights set on the Milky Way as its next main target.

By pulling together big data, astronomers have figured out that Andromeda has, over time, consumed several smaller galaxies, something that has taken place over the course of several billion years. While a great deal of matter has been absorbed, the clues that this happened is with the left-overs – large streams of stars (dense groups of stars, referred to as globular clusters). The analysis involved a form of ‘cosmic archaeology’, looking at the fossils of long-dead galaxies.

According to Australian National University, there is now sufficient evidence (albeit in the form of very faint traces) of several small galaxies that Andromeda has been devouring, possible as long ago as 10 billion years (dating to back to when Andromeda is thought to have first formed). Further evidence of the galaxy-gobbling phenomenon is with Andromeda possessing a far more complex stellar halo than the Milky Way. This suggests it has absorbed a number of galaxies.

According to lead researcher Dr Dougal Mackey, it is likely that at some future point Andromeda will do the same thing to our galaxy. He notes: “The Milky Way is on a collision course with Andromeda in about four billion years. So knowing what kind of a monster our galaxy is up against is useful in finding out the Milky Way’s ultimate fate.”

Looking at Andromeda also provides clues about the Milky Way. It is often easier to study another galaxy than the Milky Way itself, as it is more difficult to assess something by looking from within it than it is to examine something external.

The new insight into Andromeda has been published in the journal Nature: “Two major accretion epochs in M31 from two distinct populations of globular clusters.”