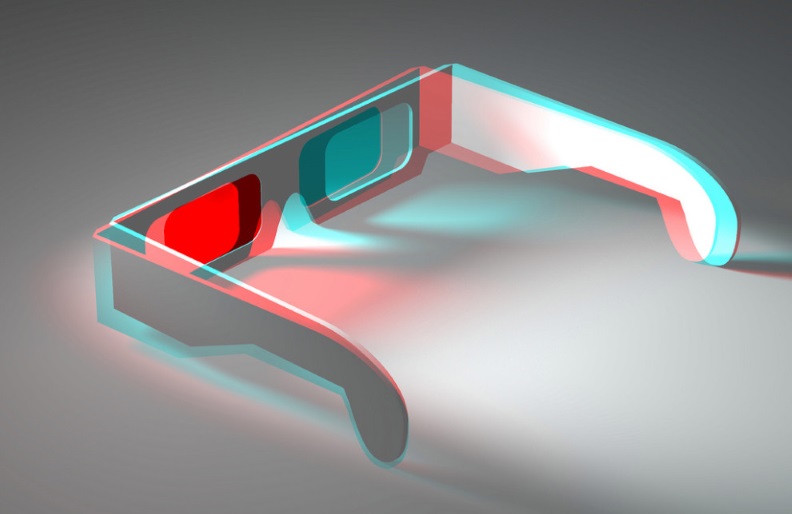 Compelling virtual reality shipped to developers and consumers nearly two years ago. The first flagship headsets arrived from Oculus and HTC back in the spring of 2016, offering enough resolution, frame rate, field of view, latency mitigation and position-tracking to produce believable visual immersion.

But no one seems to know what to do with it. To date, no killer app has extended the promise of VR from a novelty to a sticky experience or utility that reaches beyond enthusiasts to resonate with the consumer center of mass.

This isn’t to say that great experiences don’t exist. Apps like Tilt Brush, Elite: Dangerous and Google Earth VR have earned rave reviews and plaudits from enthusiasts. But we have yet to see a household phenomenon like Halo or Lotus 1-2-3 — applications that single-handedly propelled their respective platforms to wide use. At CES 2018, one industry analyst referred to VR as “drawerware,” referring to the likelihood of headsets to be stuffed in a drawer after a few forays into jejune worlds.

In an attempt to shed some light on the case of the missing VR killer app, I want to offer a few thoughts on why VR matters to users, and what that implies for entrepreneurs and investors interested in building or funding the VR killer app.

Why is virtual reality valuable? In a word, presence: Immersion is the heart of the incremental value of VR versus existing platforms. Most forms of expressive media provide a third-person perspective of an experience, or convey sufficient information to help a user imagine a first-person perspective on their own.

When done right (6DoF tracking, room-scale movement, sufficiently high-resolution/FOV/low latency, spatial audio), virtual reality helps a user feel like they are really there. Rather than convey an impression of an experience, VR manipulates our visual and auditory senses (and soon our tactile sense) to transmit experience itself.

Presence is valuable in two ways

The idea that VR is valuable because it generates presence is well understood. But why does presence matter? What need does being there fill for users?

The quality of presence has clear intrinsic value. With few exceptions, subjective immersion is the best way to fully grasp what a certain experience is like. Being at the mountaintop generates the maximum degree of sensory throughput, and is a better way to understand the truth of your relationship to that place than watching a video of the mountain, which is better than seeing a picture of the mountain.

But presence also can have instrumental value, where being there is valuable in an objective sense. Being present at a meeting with a potential business partner sends a positive signal separate from the fidelity of your experience. Actually visiting the mountaintop can impress your friends, mattering beyond the sensation of being there.

Put another way, and borrowing the language of philosophy, it seems like we value presence for its experiential worth — being for the sake of experience — as well as for its ontological worth, or being for the sake of being. Another way to describe the ontological value of presence is authenticity. The philosopher Robert Nozick suggested as much in his refutation of ethical hedonism, employing the notion of the “experience machine” to suggest we care about more than our feelings. What this all means is that for many kinds of experience, the objective fact of being somewhere matters as much or more than the subjective feeling of being there.

VR’s killer app will deliver both types of presence value

How does identifying the two ways that presence drives user value help us imagine the use case that a VR killer app might address?

First, it illuminates why many first-order VR applications may not be suited for adoption by a non-enthusiast audience. When examining some of the typical mass market use cases forwarded by VR aficionados — enterprise or personal telepresence, virtual tourism and travel, virtual attendance at sports and entertainment events, virtual social environments and rec rooms — it seems clear that authenticity matters a great deal to consumers of these experiences, meaning that simply porting them to VR may not be compelling beyond an initial sense of novelty.

I believe that the value of ontological presence is largely driven by social norms. As and when the quality of VR experience converges on metaphysically “real” experience, those norms will evolve. Perhaps our children will label us “substratist” for claiming that hanging out in VR is less satisfying than visiting in person. But with regards to the next generation or two of VR tech and applications, I’m not bullish on social VR experiences that merely replicate the ways we interact in real life. By generating experiential presence without authenticity, they seem to fall into an uncanny valley somewhere between interactive video chat and in-person interaction.

It’s tempting to believe, then, that the VR killer app will skirt the issue of authenticity by solving for problems where the subjective feeling of presence, and not the objective fact of it, matters most — for example, virtual training for a factory worker, touring new construction homes for sale or checking out a car in a virtual showroom. VR is already finding fruitful use in the enterprise and select consumer applications. But when considering potential killer applications, the problem is that arenas of experience where experiential presence matters but authenticity does not usually aren’t important or frequently accessed parts of our life.

Ultimately, I think the first VR blockbuster will deliver both the experiential and ontological value of presence. In other words, VR’s killer app will generate a powerful feeling of being there for a compelling experience, in a way that also feels completely authentic.

I believe that the experience in question will lack an analogue in the real world. In other words, the VR killer app won’t be a multiplayer simulation of New York City in the present day, or a virtual movie theater, or a virtual Giants Stadium where you can kick back in a box and watch the Super Bowl. The application that sells the mass market on virtual reality will be fully native to the platform, such that the only way to know what it is really like will be donning a headset and stepping inside.

An engaging VR experience that isn’t simulating something in the real world, but exists solely in its own right, can immerse a user in both senses of the word: After all, authenticity is implied when the virtual substrate is the only home for a certain experience. The real question is making the experience interesting or fun or cool enough that the feeling of presence is appealing, too.

If it sounds like I’m describing a video game, I think I am, too. But video games are a focal use case for every VR headset in production. What’s missing?

Quality, accessibility and ecosystem maturity are probably the biggest practical barriers gating the VR killer app. The current generation of flagship headsets are cumbersome and expensive to set up and run. Though deep price cuts across flagship wearables powered sales of more than a million VR headsets in Q3 2017, and both Oculus and HTC moved hundreds of thousands of high-end, PC-based units, individual install bases remain low enough to deter AAA studios.

Bootstrapping a two-sided ecosystem — in the case of VR, headsets/users and content, with more of the former increasing the incentive to invest in the latter and vice versa — is never easy. But better technology is on the way: HTC recently announced the Vive Pro, sporting improved resolution, spatial audio and a wireless adapter to do away with clunky wires. Google, Samsung, Lenovo and Oculus are working on standalone headsets that run without a PC or smartphone under the hood. Dozens of startups are developing peripherals and software to improve the VR experience, from haptics that mimic touch to pupil tracking that enables realistic eye contact.

Each new iteration of core VR hardware is a rising tide that makes any VR application more appealing to users on the margin. But killer apps often emerge on imperfect versions of the platforms they bring to life. The charting function of Lotus 1-2-3 strained the limits of the early graphics hardware on x86 PCs, but until 1-2-3, no one knew that programmatic generation of charts and graphs was even possible.

A killer app doesn’t need to be a perfect encapsulation of a new technology’s potential. All it needs to do is hint at the grand vision by providing a single, irresistible demonstration of value over the status quo.

In the case of VR, I’m not certain if that demonstration will occur on this generation of hardware or the next. But I believe it will be an experience that compares in intensity or joy or uniqueness to the best experiences we can access in reality. If you’re working on VR content or applications, consider this advice: Give us the ability to be present in a vision of the past, or a counterfactual world. Give us the feeling of life underwater or in space. Give us the sense of being present for an experience completely native to virtual reality, not merely an emulation of experiences we can already inhabit. Give us something real in its own right. That’s when the mass market will start to believe — and buy.

This article was originally published by Tech Crunch.