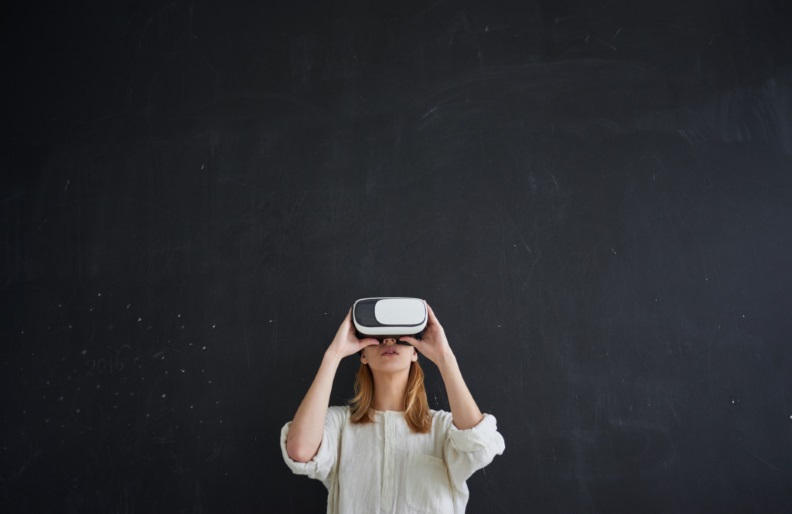 Industries are on different timetables when it comes to uptake of emerging technology.

You can have top-notch design and the best trainers possible but the fact remains that most effective learning happens on the job. The ideal situation is to put employees to work right away but minimize the risk of mistakes. Virtual reality training programs are beginning to make that possibility a reality.

In late July, Google experimented with training with virtual reality by pitting two groups against each other to make the best cup of espresso. One group put on VR headsets and the other watched training videos on YouTube. In the end, neither made a great cup of coffee but the VR group did make fewer mistakes while brewing their cup in less time.

So is training with virtual reality still futuristic dreaming or reality? It depends on the industry.

Bunk said they have created four training modules and are launching a new one roughly every month and a half. Modules cover topics like hazard identification, forklift training, scaffolding training and iron worker training. Safety is the biggest benefit, he said.

“People go up on a high rise doing iron work and when they get out on the beam for the first time the heights get to them more than they expected and they may feel like they have to cling to the beam or use their fall protection,” Bunk said. “We give them the opportunity to get acclimated to that environment beforehand.”

Similarly, in forklift training VR gives employees an opportunity to practice on a test course.

“The course has hazards like somebody walking up right in front of you,” Bunk said. “That’s the type of thing that’s very difficult to simulate in real training because you don’t want someone to accidentally get hit.”

Another benefit of VR training is that employees like it. When set up in a classroom, the rest of the class can see on a screen what the person who is using the VR sees.

“Everyone is very engaged, sometimes even friendly competitive,” Bunk said. “You go from people fumbling with their phones, half falling asleep from archaic PowerPoints to something where people are getting up, engaged and enriched in the material.”

Bunk said word is spreading through the construction industry and those who haven’t tried VR yet are eager to do so. “It’s to the point where training is now something that someone is asking for which is very rare in a lot of industries,” Bunk said.

But VR hasn’t progressed as quickly in other industries like health care.

No VR for the ER Yet

While many hospitals and medical centers use simulations, the lack of money available for training is holding the industry back from investing in VR training.

Lynne Bamford, chief learning officer at Northshore University Health System in Chicago, said there’s powerful potential for VR in training but also sensitivity to spending money since revenues across the health care industry have dropped. Budgeting for learning is an ongoing balancing act, she said.

“Our budgets are in really bad shape. So it’s very difficult to say ‘I want to spend more money on a virtual reality training session,’ ” she said.

Bamford said she could see VR being used for simulation training — to be able to acculturate people to what their setting is going to be, simulate real operations and develop employee confidence. She’s skeptical about its use in more interactive scenarios.

“For leadership development, sometimes you have to have difficult disciplinary conversations,” she said. “There’s constant need to upskill people in that area but I don’t think VR is the place for that.”

Despite that, HCS’ Bunk said virtual reality holds real promise as it continues to mature and become more realistic.

“People are realistically believing they are in these environments, almost forgetting that it’s virtual reality,” Bunk said. “You can leverage that and be able to train people in ways that you never imagined.”

He predicts that VR is going to be ubiquitous in industrial training within the next 10 years and the result will more efficient, engaging and safer training.

While Bamford sees limitations in its current form, if VR training can become more interactive, the sky is the limit. More investment and effort into VR will have implications but she isn’t sure what the effects will be and how long they will take to happen. “Those are the big questions,” she said.

Despite that hesitation, some organizations are making significant investments. The University of Nebraska Medical Center spent $118.9 million on a VR training facility that will train students using simulations, VR, augmented reality and holographic technology. It is set to open in the fall of 2018.

This article was originally published by ChiefLearningOfficer. Read the original article.