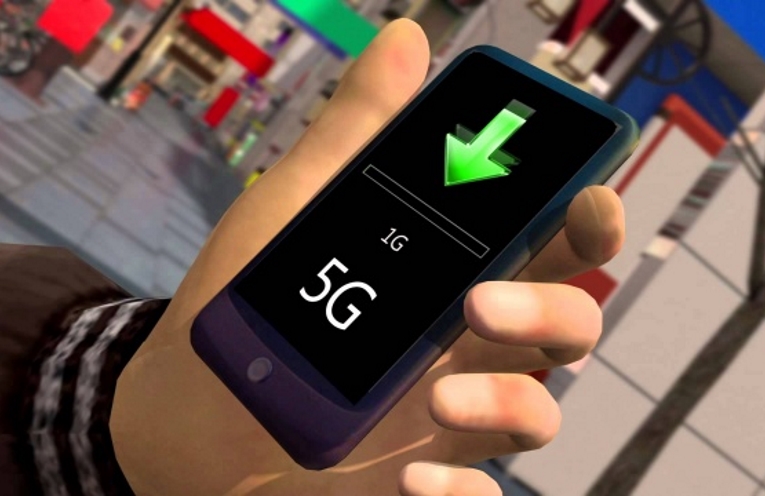 It expects “some level of commercial deployment” to begin by 2017 for next-generation wireless. That’s much earlier than the common industry belief that 2020 will mark the start.

Verizon is getting ready to kick its wireless network up another notch.

The nation’s largest wireless carrier will begin field trials on so-called fifth-generation, or 5G, technology within the next 12 months, Roger Gurnani, chief information and technology architect for Verizon, said in an interview last week. He expects “some level of commercial deployment” to begin by 2017. That’s far earlier than the time frame of 2020 that many in the industry have pegged for the initial adoption of 5G technology.

The trials would make Verizon the world’s first carrier to seriously move into 5G. It also represents an initial step toward the broader telecom industry radically transforming wireless service by adding significantly higher speed and responsiveness. Just as the move to today’s 4G wireless technology drove an explosion of smartphone adoption and mobile services, 5G could similarly drive its own tech revolution.

“The future is going to bring more stuff that I can’t really describe,” Gurnani said. “We can’t possibly envision the full range of disruptive products and services. But we have some possibilities.”

How fast is 5G? Verizon’s tests have shown a connection speed that is 30 to 50 times faster than our current 4G network, or higher speeds than what Google Fiber offers through a direct physical connection into the home, Gurnani said.

With 5G, that copy of the movie “The Guardians of the Galaxy” would zip to your device in 15 seconds instead of 6 minutes via 4G.

There are other key benefits. It’s far more responsive, so the precise hand movements of a surgeon in Tokyo could be transferred to New York in real time. It’s supposed to be more power-efficient, so devices are expected to last 10 times as long. Carriers will also be able to send more data across a fatter pipe, so a hit TV show like HBO’s “Game of Thrones” will stream just fine even if millions of other people are watching too.

But it’s still early for 5G — so early that few can agree on what the technology will actually look like. The increased speed and responsiveness may supercharge today’s emerging tech trends: the Internet of Things, or the idea that everyday objects like your refrigerator or bed can talk to each other; self-driving cars; and virtual reality, which employs supersharp imagery to place you in another world.

For all the whiz-bang capabilities of 5G, Gurnani is grounded by his responsibilities in the now. “At this time, our focus is on the technology field trials and accelerating the technology,” he said.

There’s a global race to get to 5G first, and Verizon intends to maintain its pole position. The New York-based company was one of the first carriers in the world to employ 4G technology back when it announced it would begin trials in 2008. By late 2010, it was ready to launch the service in 38 markets.

Verizon isn’t alone in its early embrace of 5G. South Korea hopes its wireless carriers can deploy a trial 5G network in 2018, in time for the Winter Olympics in Pyeongchang. Japan hopes to have a 5G network running in time for the 2020 Summer Olympics in Tokyo. The Chinese government, meanwhile, has also pushed for the aggressive deployment of 5G technology.

“It’ll be interesting to see what the reaction is,” Qureshi said of the potential ripple effect of Verizon’s move.

As it did when it started its 4G work, Verizon has lined up partners including Ericsson, Nokia (and soon-to-be acquired rival Alcatel-Lucent), Cisco, Qualcomm and Samsung. Last month it set up its first Verizon 5G Technology Forum. The company has also created “sandboxes,” or small testing areas utilizing 5G technology, in its innovation centers in Waltham, Massachusetts, and San Francisco.

In a nod to the potential opportunity that stems from the Internet of Things, Verizon’s forum also includes a group of venture capitalists working on emerging technologies that can take advantage of the speedier connection.

While Gurnani is calling for commercial deployment in 2017, don’t expect to pick up a 5G smartphone then. Prior to its wider 4G launch in 2010, Verizon had set up networks in Boston and Seattle largely to test 4G data-based phone calls and other mobile applications. How the commercial deployment of 5G will look in 2017 will depend on the kinds of applications and devices that emerge from the testing stage.

Gurnani declined to say how many markets would launch in 2017, saying it’s too early to discuss the company’s rollout plans.

While Verizon wants to maintain its leadership position in the world’s wireless race, Gurnani conceded that other countries are further ahead when it comes to their policies on spectrum, or the invisible airwaves that are responsible for ferrying our data and voice calls to our mobile devices. To enable this next-generation technology, Verizon and the rest of the industry will need more of those airwaves.

“For technical trials themselves, we have what we need,” Gurnani said. “Beyond that, 5G will require big bands of spectrum,” he said.

Gurnani and Verizon will be speaking more about its 5G plans at the upcoming CTIA Wireless trade show, which officially kicks off Wednesday in Las Vegas.