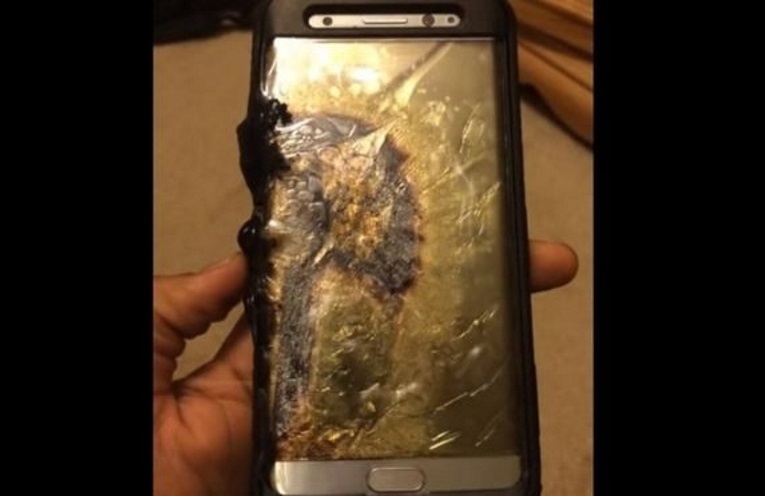 The US Department of Transportation has banned Samsung Galaxy Note 7 phones on flights after reports of the device catching fire.

Passengers will not be able to take the phones on flights or in their luggage to and from the US from 16:00 GMT on Saturday.

The Federal Aviation Administration (FAA) had previously advised against packing the phones in luggage.

“We recognise that banning these phones from airlines will inconvenience some passengers, but the safety of all those aboard an aircraft must take priority,” Transportation Secretary Anthony Foxx said in a statement.

“We are taking this additional step because even one fire incident in-flight poses a high risk of severe personal injury and puts many lives at risk.”

Samsung recalled around 2.5 million phones in September after complaints of exploding batteries.

While it later insisted that all replaced devices were safe, there were reports that those phones were catching fire too.

The company then said it would stop Galaxy Note 7 production.

“The fire hazard with the original Note 7 and with the replacement Note 7 is simply too great for anyone to risk it and not respond to this official recall,” said US Consumer Product Safety Commission Chairman Elliot Kaye.

“I would like to remind consumers once again to take advantage of the remedies offered, including a full refund. It’s the right thing to do and the safest thing to do.”