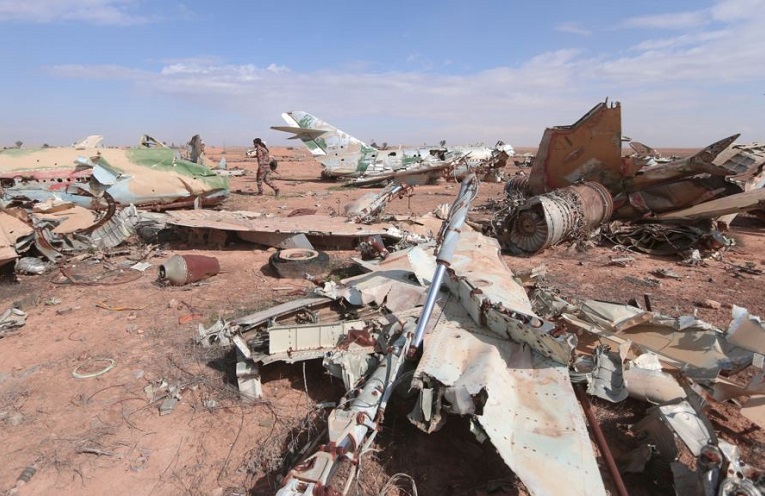 U.S-backed Kurdish-Arab forces have made gains against Islamic State (IS) militants in the town of Tabqa near the extremists’ stronghold of Raqqa in northern Syria, a leading monitor group says.

“The Old City has been entirely taken, and there is fierce fighting going on at the gates of the new town,” observatory director Rami Abdel Rahman said.

The monitor group reported heavy clashes between IS fighters and SDF forces, which are being backed by U.S.-led air support.

The SDF displayed photos of guns, missiles, ammunition, and an IS flag that it said were recovered in Tabqa.

SDF troops backed by air and ground support from the U.S.-led coalition have surrounded Tabqa, which is on the Euphrates River next to a dam and military airport about 55 kilometers from Raqqa, the self-declared IS capital in Syria.

IS fighters, who captured wide swathes of territory in 2014 in Syria and Iraq, are being pushed back on multiple fronts, including in northern Syria.

The Syrian civil war has killed more than 300,000 people since the conflict broke out in March 2011 with antigovernment demonstrations.

The United States and Turkey support rebels fighting the government of President Bashar al-Assad, while Russia and Iran back Assad.

The IS fighters, opposed by both sides, later entered the conflict.

With reporting by AFP and dpa