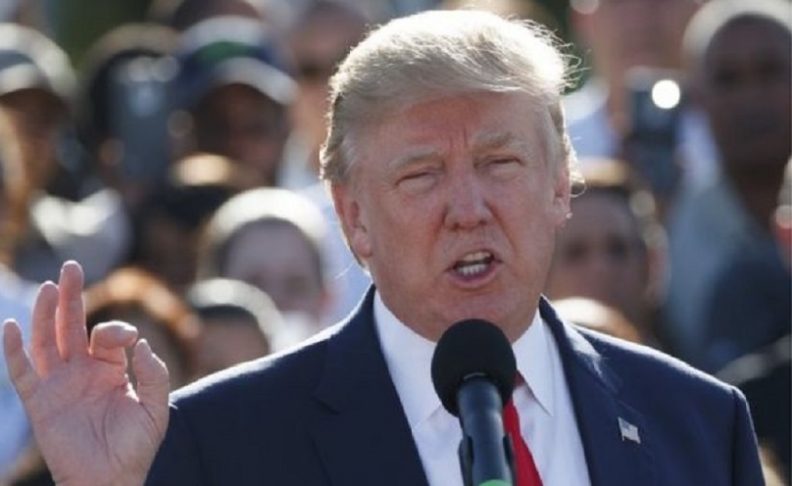 He said the US should focus on defeating the so-called Islamic State rather than convincing Syrian President Bashar al-Assad to stand down.

Mrs Clinton has been proposing a no-fly zone over Syria, which some say could lead to conflict with Russian jets.

Mr Trump also attacked Republicans for not uniting behind his candidacy.

“If we had party unity, we couldn’t lose this election to Hillary Clinton,” he told Reuters news agency at Trump National Doral golf resort in Miami, Florida.

“You’re going to end up in World War Three over Syria if we listen to Hillary Clinton,” Mr Trump said.

“Russia is a nuclear country, but a country where the nukes work as opposed to other countries that talk.”

He also suggested Mrs Clinton would be unable to talk with Russian President Vladimir Putin after her sharp criticism of him.

Mr Trump questioned “how she is going to go back and negotiate with this man who she has made to be so evil” if she is elected president on 8 November.

‘Kill a lot of Syrians’

His warning of confrontation with Russia echoes concerns raised last month at a congressional hearing by the highest-ranking military officer in the US armed forces.

“Right now, senator, for us to control all of the airspace in Syria it would require us to go to war, against Syria and Russia,” Gen Dunford told the Senate Arms Services Committee.

“That’s a pretty fundamental decision that certainly I’m not going to make.”

At the final presidential debate in Nevada on 20 October, Mrs Clinton outlined her support for the measure.

“A no-fly zone can save lives and hasten the end of the conflict,” she said on stage.

But in a 2013 speech to Wall Street firm Goldman Sachs, Mrs Clinton said establishing a no-fly zone would “kill a lot of Syrians”, according to a transcript disclosed by Wikileaks.

The civilian death toll would result from the US needing to take out Syrian air defences, which are located in populous areas.

Her policy is not only a disagreement with President Barack Obama, but would be a significant escalation of US involvement in the Syrian conflict.

Mr Trump’s comments come two weeks before election day and as his campaign grapples with backlash over a string of accusers who have come forward with allegations of sexual assault.

The New York businessman, who is trailing Mrs Clinton in national polls, has railed against media and suggested members of the press were colluding to rig the election against him.

“The people are very angry with the leadership of this party, because this is an election that we will win 100% if we had support from the top,” he said. “I think we’re going to win it anyway.”