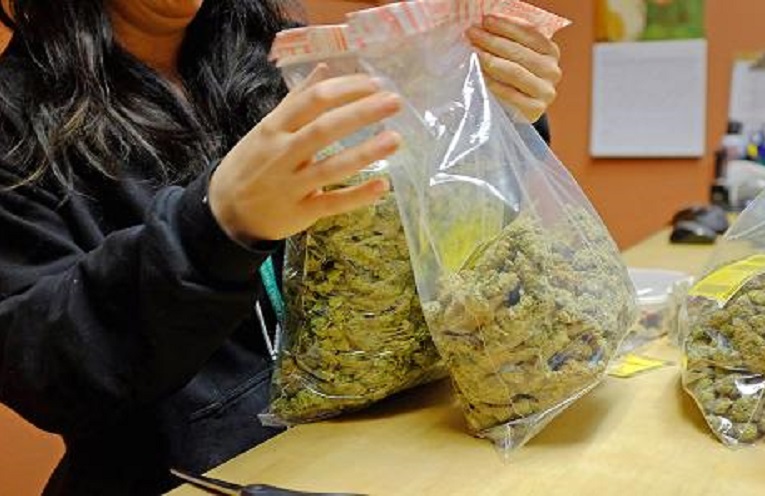 The cannabis industry could be in for a serious buzz kill.

Marijuana dispensaries and manufacturers are increasingly worried that the Trumpadministration will crack down on enforcement of federal laws that ban growing and selling marijuana — reversing the president’s stance during his campaign and potentially upending what has become a $7 billion market. The anxiety was sparked by surprise comments from White House spokesman Sean Spicer last month that the government would likely step up its enforcement of drug laws.

Shortly afterward, Attorney General Jeff Sessions told a conference of state attorneys general that he is “dubious” about the benefits of pot. He reiterated those concerns in an interview with conservative radio talk show host Hugh Hewitt last week.

“Marijuana is against federal law, and that applies in states where they may have repealed their own anti-marijuana laws. So yes, we will enforce law in an appropriate way nationwide,” Sessions said. “It’s not possible for the federal government, of course, to take over everything the local police used to do in a state that’s legalized it. And I’m not in favor of legalization of marijuana. I think it’s a more dangerous drug than a lot of people realize.”

The comments have set off alarm bells for Chuck Smith, co-founder of Dixie Brands, a Denver-based company that manufactures tinctures, topicals and treats infused with THC, the active ingredient in marijuana. He founded the company in 2010 and now employs more than 100 people across Colorado, California, Nevada and Arizona, with plans to expand in Washington state and Maryland.

“My concern right now for both the company and industry is just uncertainty,” Smith told CNBC. “It’s hard to build an industry or a company when you don’t have clarity.”

The administration’s remarks also took a toll on shares of Innovative Industrial Properties, which invests in marijuana-growing facilities and is one of the few publicly traded cannabis companies. Its stock price tumbled on the day of Spicer’s press conference and are down more than 13 percent since then. But two other prominent pot stocks, GW Pharmaceuticals and Cara Therapeutics, have shrugged off the news.

Eight states now allow recreational use of marijuana, while more than half of states have legalized it for medicinal purposes. Twenty-one states have decriminalized the drug. A recent poll Quinnipiac Poll found 71 percent of voters believe the government should not enforce federal drug laws in states where pot is legal.

Growing acceptance has led to an explosion in the market for marijuana in North America, with sales skyrocketing 34 percent to nearly $7 billion in 2016, according to Arcview Market Research. By 2021, the industry is expected to reach close to $22 billion.

Companies like Dixie Brands are fueling that growth. The privately held company would not provide current figures, but it raised $8 million in 2014 and was valued at $40 million.

Smith said he expects Dixie Brands to double its revenue and its workforce over the next year. It sells products under three brands: Dixie Elixirs spans beverages, breath mints and chocolates. Aceso manufactures product with hemp and cannabinoids for the international market, while Therabis is a line of cannabis-derived pet supplements.

“It’s hard for us to kind of go backwards,” Smith said. “President Trump said he was going to allow this to be a state’s rights issue. … We took him at his word.”

Trump has delivered mixed messages on marijuana. In the 1990s, he called for legalizing and regulating all drugs. On the campaign trail, he emphasized his support for medical marijuana and his deference to states to pass their own laws regulations the substance. But Trump, a famous teetotaler, also warned during the election about the effects the drug could have on mental functioning.

The cannabis industry is fighting back by rallying a dozen lawmakers to send a letter to Sessions in support of legal marijuana. Under guidelines issued during the Obama administration, the agency agreed not to enforce federal laws in states where the drug is legal as long as they followed certain guidelines, such as not selling to minors and steering clear of drug cartels. The letter calls on Sessions to uphold that arrangement.

“It is essential that states that have implemented any type of practical, effective marijuana policy receive immediate assurance from the DOJ that it will respect the ability of states to enforce thoughtful, sensible drug policies in ways that do not threaten the public’s health and safety,” the letter states.

The DOJ did not respond to a request for comment.

‘A lot of cliches’

The issue has drawn rare bipartisan support, with signatories including Massachusetts Democrat Sen. Elizabeth Warren and Alaska Republican Sen. Lisa Murkowski. That could prove important as legislation that prevents the Justice Department from devoting funds to enforcement is set to expire next month. The so-called Rohrabacher-Farr amendment was passed as part of the broader resolution on the federal budget — and it could get tangled up once more in the upcoming fight over federal spending.

Taylor West, deputy director of the National Cannabis Industry Association, said the group has focused recently on emphasizing its role in creating new jobs and building domestic manufacturing facilities. An analysis by New Frontier Data, a market research firm specializing in cannabis, forecast the industry would create more than 250,000 jobs by 2020.

“We have had a lot of success in changing the story around what the marijuana industry looks like,” West said. “There are a lot of stereotypes and a lot of cliches. It’s really important for policymakers in D.C. to understand who this industry really is.”