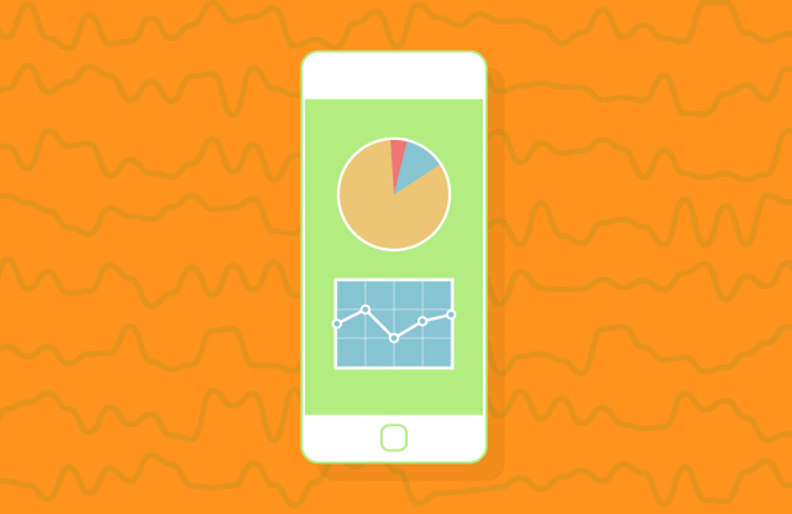 There’s this idea that if we quantify and track our lives, our lives will be better. But I’m not so sure about that. Over the past week, I’ve tracked both my sleep and bedroom air quality. Let’s first take a look at the Beautyrest Sleeptracker.

The Sleeptracker comes with a couple of sensors that you put underneath your mattress. It tells you how much time you spent asleep, and breaks it down by time spent in light sleep versus deep sleep versus REM sleep. Last Friday night, for example, I slept a total of 11 hours and 20 minutes. The majority (7:56) was spent in light sleep, while I spent almost two hours in deep sleep and about an hour and a half in REM sleep. 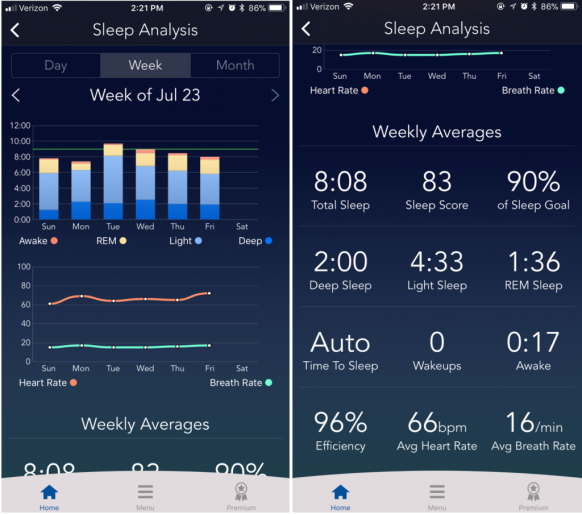 Tracking my sleep is fine, but I’m not sure what to do with the information — other than brag to other people that I’m probably more well-rested than they are. This information is a nice-to-have, but not a must-have.

I’m also not convinced that it’s 100 percent accurate. One night, the app told me I woke up zero times in the middle night, but I know for a fact that I woke up at least three times. So, for $200, I’m not sure if this thing is worth it.

But apparently this is a thing that people want and that companies are banking on. Other than Beautyrest’s Sleeptracker, there’s Beddit, which Apple acquired earlier this year, and Sense, which may or may not shut down.

Verdict: My life is not better because I tracked my sleep.

Now, let’s move on to air quality. Eve Room, which costs $79.95,  senses and tracks indoor air quality, temperature and humidity. It’s compatible with HomeKit, so that means if I had a connected fan, A/C unit or heater, I could automate it to turn on if it hit a certain temperature.

I do not, however, have any of the above, so the air quality monitor is really just a nice to have, I guess. To be honest, I set it up last weekend and haven’t thought much about it since today. 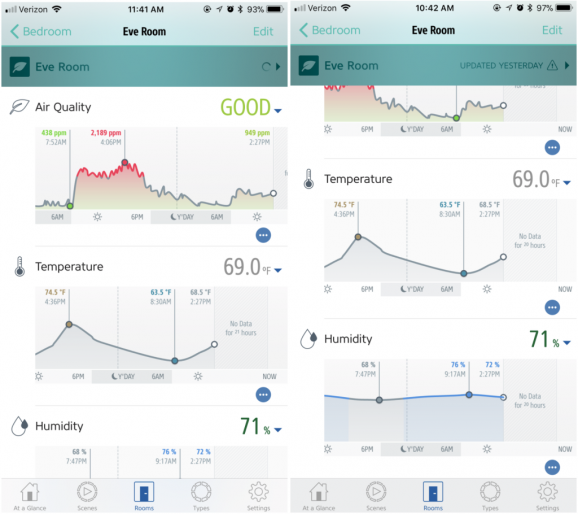 At one point during the day, around 4 p.m., it looks like the air quality in my room was pretty bad at 2,189 ppm. But I don’t know why. All I know is that anything from carpet, paint, furniture, printers, perfumes, cleaning products and tobacco smoke can result in poor air quality.

Verdict: My life is not better because I installed an air quality monitor, but perhaps it could be better if I put more time into figuring out what caused the quality in my room to go down.