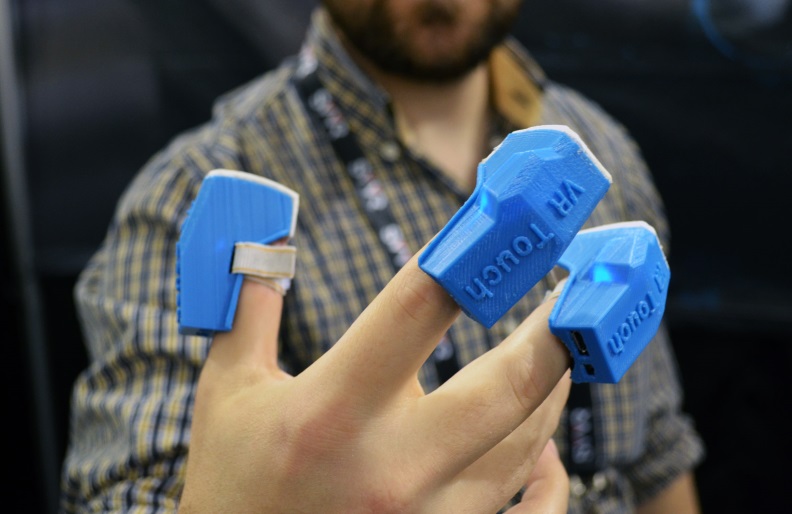 Virtual reality allows the user to enter a different world through sight and sound. Several researchers and companies are adding a third element to the virtual experience: the sense of touch.

Researchers in haptics, meaning the feeling of touch, are incorporating this sense into virtual reality with real-world applications.

Read more:   Sound is the next frontier for Virtual Reality

French company Go Touch VR created a device called VRtouch that straps onto the fingertips. The device applies varying pressure to the fingertips that correlates to what the user is seeing, touching and lifting in the virtual world.

Applications for the touch device include allowing users to undergo training in a safe virtual environment.

Vezzoli said strapping three of the VR touch devices on each hand — the thumb, forefinger and middle finger — are ideal.

Training in virtual reality with the sense of touch may include surgical preparation in a medical procedure or learning in an industrial setting. A different application can be found in the advertising world.

“You can, for example, visit an apartment — virtual apartment. You can open a cabinet. You can touch the bed — feel its softness, and that generates a physical connection with the buyer that can increase the chance of sale,” said Vezzoli.

The company’s clients include the carmaker BMW. Go Touch VR hopes its haptic device will interest content producers, major corporations and the military, as virtual reality is more widely used in the real world.