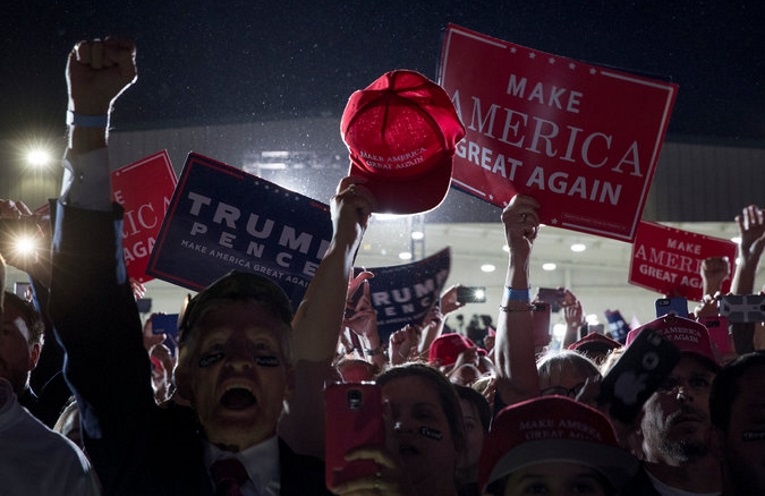 Everything was looking up for Hillary Clinton. She was riding high in the polls, even seeing an improvement on trustworthiness. She was sitting on $153 million in cash. At 12:37 p.m. Friday, her aides announced that she planned to campaign in Arizona, a state that a Democratic presidential candidate has carried only once since 1948.

The F.B.I. director’s disclosure to Congress that agents would be reviewing a new trove of emails that appeared pertinent to its investigation into Mrs. Clinton’s private email server — an investigation that had been declared closed — set off a frantic and alarmed scramble inside Mrs. Clinton’s campaign and among her Democratic allies, while Republicans raced to seize the advantage.

In the kind of potential turnabout rarely if ever seen at this late stage of a presidential race, Donald J. Trump exulted in his good fortune. “I think it’s the biggest story since Watergate,” he said in a brief interview, adding, “I think this changes everything.”

He promised to batter Mrs. Clinton as a criminal in the race’s final week and a half. And Republican House and Senate candidates gleefully demanded to know whether their Democratic opponents were sticking by Mrs. Clinton.

Inside Mrs. Clinton’s campaign, advisers spent much of the day trying to gather information about which emails kept by her closest aide, Huma Abedin, could have attracted the F.B.I.’s new interest, and to respond effectively to neutralize any new threat from Mr. Trump.

Late Friday, Mrs. Clinton herself said in Des Moines that the American people “deserve to get the full and complete facts,” demanding that the director of the F.B.I., James B. Comey, “release all the information that it has.” 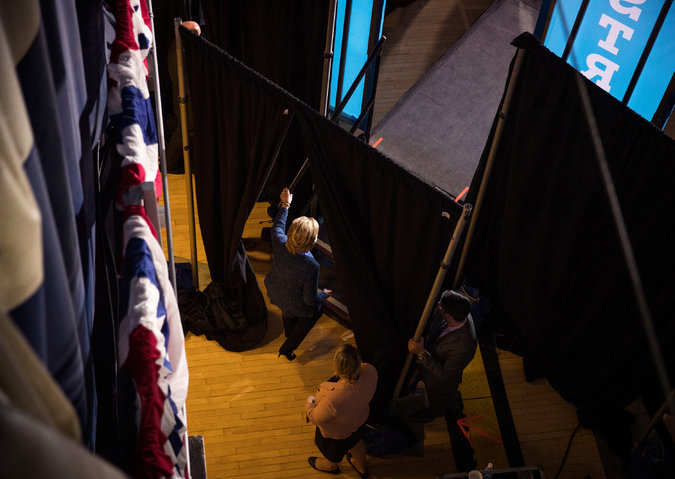 “Even Director Comey noted that this new information may not be significant,” Mrs. Clinton added. “So let’s get it out.”

With early voting well underway, and Mrs. Clinton already benefiting from Mr. Trump’s weekslong slide in the polls, Democrats’ concerns were tempered — more in the realm of apprehensiveness than panic.

“We just don’t know what this is all about, which is worrisome,” said former Senator Tom Harkin of Iowa, a battleground state that voted for Barack Obama in 2008 and 2012, but where Mr. Trump has held a small lead in several recent surveys. “We have to see what news comes in the next three or four days before we can say if this will make a real difference with voters.”

But Mr. Harkin and other Democrats, looking past Election Day, expressed concern about the potential impact on Mrs. Clinton’s ability to govern if she won the presidency while still under investigation.