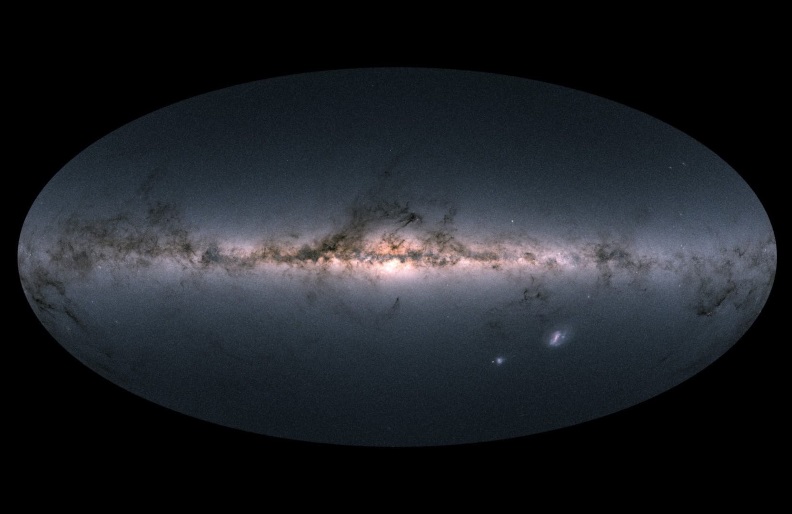 About a year ago, the European Space Agency (ESA) released the Gaia galactic census that detailed the position, distance and motion data of almost 1.7 billion stars in the Milky Way, and scientists have been poring over it ever since. Now, a team of researchers has found evidence of a “stellar baby boom,” a short period of time in which more than half the stars in the thin disc were born.

Galaxies are born when enough dust and gas clumps together that it begins fusing into stars. Once that process starts, it’s expected to continue at a more or less constant rate, until the gas is depleted. And for the first four billion years of the Milky Way’s life, that steady decline in material is exactly what happened.

But according to the Gaia mission data, it didn’t continue that way forever. By studying the distance, color and brightness of three million stars, the researchers on the new study found that about five billion years ago that trend began to reverse, with star formation ramping back up. It peaked between two and three billion years ago with a stellar baby boom, which about half the stars in the galaxy’s thin disc can be traced back to.

“The time scale of this star formation burst together with the great amount of stellar mass involved in the process, thousands of millions of solar mass, suggests the disc of our Galaxy did not have a steady and paused evolution, it may have suffered an external perturbation that began about five billion years ago,” says Roger Mor, first author of the study.

That external perturbation, the team says, was probably a collision with a smaller galaxy. These kinds of galactic mergers happen all the time, and when they do they bring with them the extra gas and materials needed to kickstart a new cycle of star formation.

The research was published in the journal Astronomy & Astrophysics.