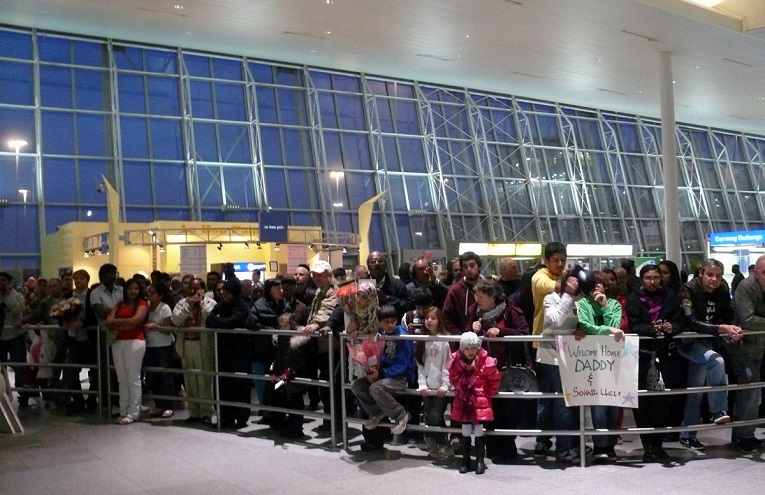 The leaders of California’s public higher education system say they are adamant about resisting any efforts by President Donald Trump to affect the standing of immigrant students on the state’s campuses.

“Our university police will not serve as surrogates for ICE,” said University of California President Janet Napolitano, reiterating her stance on the issue. “They won’t be participating with ICE. We won’t be turning over student records without a warrant.”

Napolitano, along with California State University Chancellor Timothy White and Eloy Ortiz Oakley, chancellor of the California Community Colleges, met Friday in Sacramento at a lunch sponsored by the Public Policy Institute of California.

They discussed increasing the number of college graduates in the state, the importance of addressing California’s diverse population and state funding. But questions about creating a safe environment for students of immigrant families — whether or not the students are immigrants themselves — and the impact of the proposed travel ban drew the most pointed responses from the three leaders.

“The UC operates in a globalized environment, and we see the best scholars from around the world,” Napolitano said, noting that such scholars come to teach and do research at UC campuses. “To the extent the travel ban interrupts (that), it also sends the message that the U.S. is no longer a welcoming country. The message is of our country being very isolationist. That is contrary to the values of our country.”

White said the idea of restricting access to scholars and students is troubling.

“We found the pronouncements of the new administration the antithesis of what we’re trying to do in the California public university community,” he said. “I’m an immigrant from Argentina. I know personally what this means.”

He said the White House proposals were the result of “a policy built on irrationality, (which) we find unacceptable.”

White said he was proud that he and Napolitano were among the first higher education leaders to object to such policies.

“We created a wave across the nation,” he said.

Oakley said he and his fellow leaders have a responsibility to fight what he called a “culture of fear,” and to press for more protections.

“We can argue DACA students are safer but they’re really not,” Oakley said, referring to a class of students who came as children and were granted protected status by the Obama Administration.

Many see undocumented residents in greater danger of being deported under new standards being implemented by federal officials.

“We need to ensure that these students do not live in fear,” Oakley said. “You can pull them out of school directly, or you can cause them so much stress they don’t complete their education. We have to do more to make sure those families are safe.”

During a discussion on college costs, Oakley said the community college system needs to do more to educate its students about financial aid opportunities.

In terms of financial support, Oakley said, California needs to rethink the way it looks at community college.

Both White and Napolitano said they are working to add more dormitories to their schools in order to bring down the cost of living, which is often far more than the cost of tuition.

“Our students are telling us that the cost of housing is a killer,” Napolitano said. “We want them to be able to go to school and not have to work a lot of hours on the outside.”